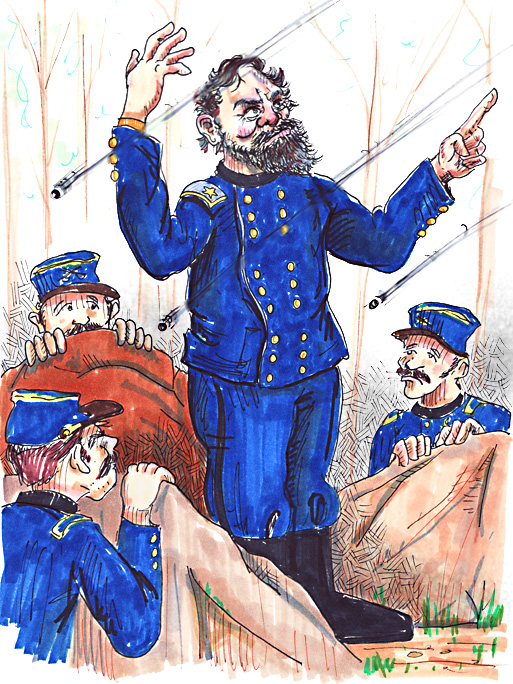 John Sedgwick graduated from the United States Military Academy at West Point in 1837. He entered the artillery as a lieutenant and fought uneventfully in the Seminole Wars and the Mexican-American War. However, upon his return from Mexico and he entered the U.S. Cavalry as a major.

But it was at the Battle of Spotsylvania Court House that Major General John Sedgwick gained his dubious fame. His regimen was preparing for battle against the left flank of Confederate forces. Major General Sedgwick was directing the placement of artillery, when his troops came under fire from a handful of Confederate snipers about a thousand yards away. Sedgwick strode around bravely, out in the open, as his men dove for cover behind rocks and trees. Angrily, Sedgwick berated his men. “What are you doing?,” he asked, as his men cowered. He continued his ranting, “Hiding from single bullets? What will you do when they open fire along the whole line? I am ashamed of you. They couldn’t hit an elephant at this distance!” At that moment, a bullet struck Sedgwick in the head. He died instantly.