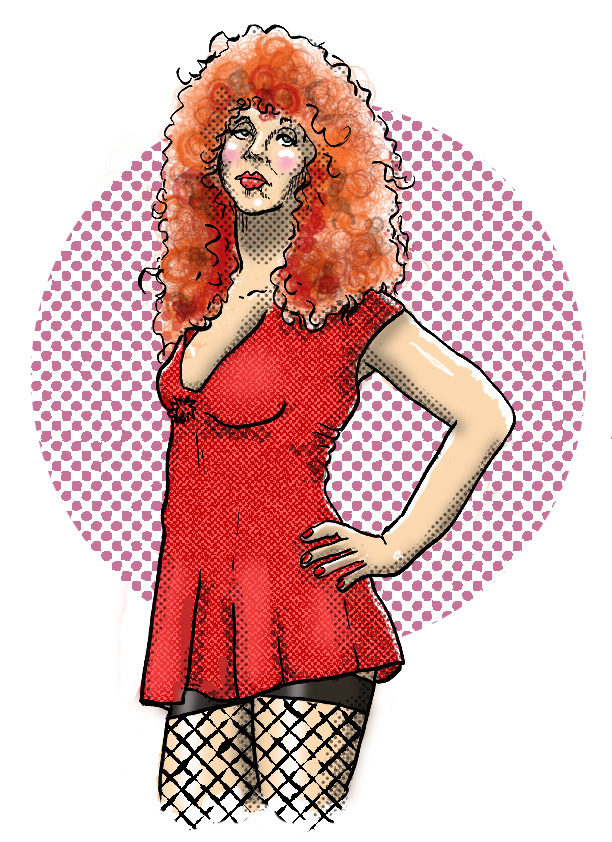 In 1958, when nine-year old Connie Mierzwiak was belting out Brenda Lee songs, she actually had designs on kicking rock and roll’s ass. A little girl with a giant voice, she was signed to a recording contract and released her first album in 1971 under the name Ruby Jones. She performed regularly in her native Toledo, Ohio and the vicinity. Shortly after her debut album’s release, Black Oak Arkansas’ Jim Mangrum spotted Ruby and her band at a club in Evansville, Indiana. Black Oak Arkansas, a ground-breaking band in the blossoming Southern Rock genre, needed something to set them apart from other similar up-and-coming acts — and Ruby was that something. Mangrum asked her to join his band. Even though she was from Toledo, she adopted the stage persona of the sassy, sexy, backwoods hillbilly and changed her name to Ruby Starr.

Ruby toured with Black Oak Arkansas for several years. They scored a Top 30 hit with a cover of LaVern Baker’s “Jim Dandy (to the Rescue)”, with Ruby screeching the familiar “Go Jim Dandy! Go Jim Dandy!” in the chorus. She became a fixture in 70s rock magazines like Creem and Circus, posing for cheesecake pictures and reinforcing her “Southern spitfire” character. In 1974, she left BOA and formed the band Grey Ghost. Ruby toured nationally with Grey Ghost, flooring audiences with her powerful voice when she opened shows for Black Sabbath, The Edgar Winter Band and old friends, Black Oak Arkansas.

Ruby toured relentlessly from the late 70s until the early 90s, when she kissed the road “goodbye” and moved to Las Vegas. She played the Riviera and the Stardust hotels and numerous clubs in Vegas, until she was diagnosed with lung and brain cancer. She, then, moved back to Toledo to be with her family. Ruby passed away in 1995 at the age of 44.