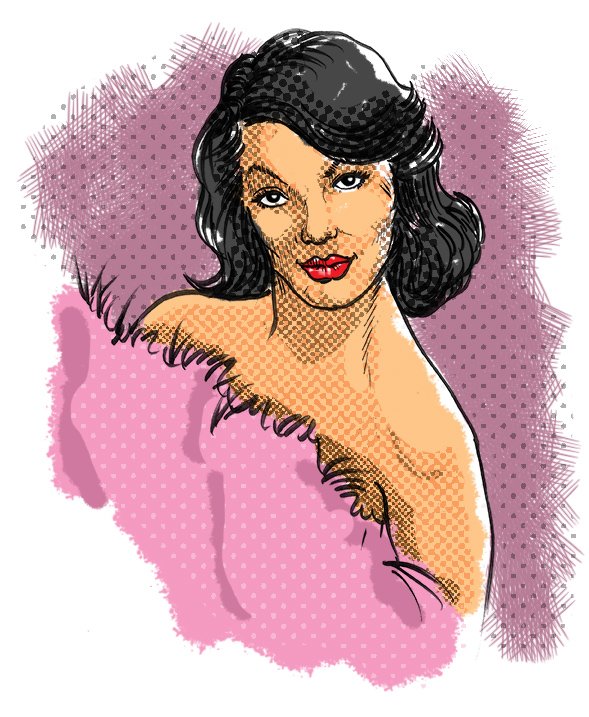 At 17, Judy Tyler played Princess SummerFallWinterSpring on the Howdy Doody Show. She played the role for two years and moved to Broadway to star in the Rodgers and Hammerstein musical, Pipe Dream. Judy appeared on the cover of Life Magazine and was nominated for a Tony award. Although she lost to Lotte Lenya’s performance in “A Three Penny Opera”,  Judy headed for Hollywood. In 1957, she starred in her first film, Bop Girl Goes Calypso, with Bobby Troup, the songwriter who wrote “Route 66”. The same year, Judy began work on her second and final film – Jailhouse Rock. She played Peggy Van Alden, the young record promoter who takes Elvis’ character, Vince Everett, under her wing. She gets to deliver one of the classic lines from the film: “I like the way you swing a guitar!”

Three days after filming was completed on Jailhouse Rock, Judy and her husband, Greg, took a vacation. While driving through Rock River, Wyoming, their car swerved to avoid a truck and collided with another truck. Judy and Greg were killed instantly.

Elvis was infatuated with Judy during the filming of Jailhouse Rock. He said he could never watch the film because he was so saddened by her death.