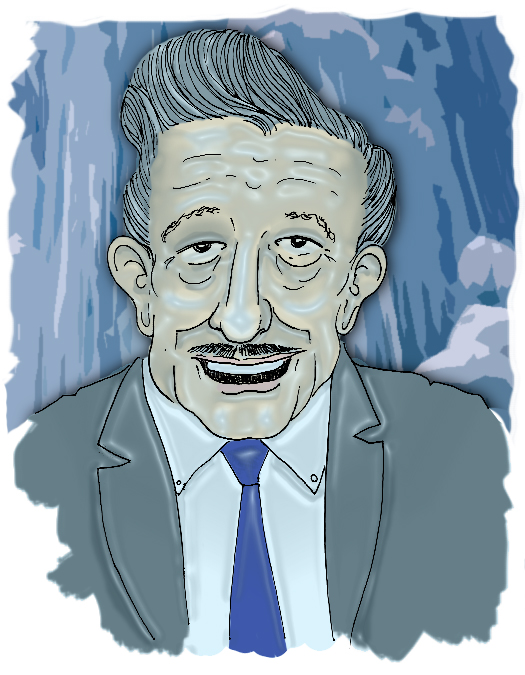 In 1928, Walt produced Steamboat Willie,  the first synchronized sound cartoon. The cartoon introduced the world to a little character named Mickey Mouse. Walt would go on to create the first full-length animated feature, Snow White and the Seven Dwarfs.   Feature-length cartoons were unheard of at the time. Walt was ridiculed and industry colleagues referred to the project as “Disney’s Folly”. Of course, Snow White  went on to become the most successful film of 1938, earning eight million dollars in its initial release. Over the years, The Disney Studios’ short subjects, documentaries and features earned Walt the distinction of the most Oscars awarded to any individual.

In the 1940s, Walt discussed plans for an amusement park unlike anything anyone had seen before. Walt’s dream became a reality when Disneyland opened in 1955. Despite a rocky opening day, Disneyland proved to be wildly successful, introducing a new phrase into the lexicon  “theme park”. Just eleven years after Disneyland’s opening, and during the planning stages of an even bigger venture in central Florida, Walt passed away from lung cancer at the age of 65.

And so began the myth.

Ask anyone. They’ll tell you the fate of Walt Disney’s remains.  You probably know the story yourself. Walt, ever the forward thinker, made arrangements to be cryogenically frozen, only to be revived when a cure for cancer was discovered. The tale goes on to put Walt’s iced body in a specially-constructed, temperature-controlled chamber tucked below the Pirates of the Caribbean  attraction in Disneyland’s New Orleans Square. Lillian Disney, Walt’s widow, cringed whenever she heard this account of Walt’s afterlife and fought for years to dispel the legend.

There is a brass plaque in a small private garden to the left of the entrance to the Freedom Mausoleum at Forest Lawn Cemetery in Glendale, California. The first name inscribed at the top of the plaque reads “Walter Elias Disney”. This is where Walt’s cremated remains are allegedly housed. However, I like to think that Walt faked his own death, à la Elvis or Tupac, and now wanders around Disneyland incognito — taking in the crowds, riding the teacups and eating peanuts. He seemed like that type of guy.