This week, the Illustration Friday word is “wings”. 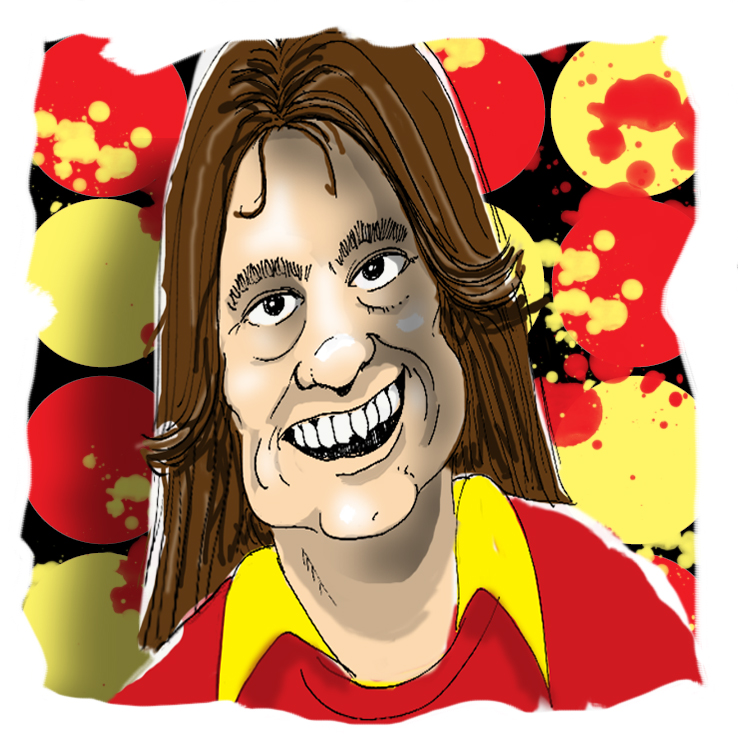 Jimmy McCulloch looked like he was headed in the direction of super-stardom.

At fifteen, he was recruited by Who guitarist Pete Townshend to be a part of a group that would record songs he wrote but would not be released by The Who. Jimmy, along with “Speedy” Keen and Andy “Thunderclap” Newman, formed Thunderclap Newman and released the hit “Something in the Air” in 1969. The song went right to the top of the charts and made Jimmy the youngest performer on a Number One record in the United Kingdom  a distinction that still stands today.

In the early 70s, Jimmy played as a session guitarist with Harry Nilsson, The Who’s John Entwistle and Beatles pal Klaus Voorman. In ’72, he became the lead guitarist for popular British band Stone The Crows, replacing the late Les Harvey after he was electrocuted onstage.

When Stone The Crows disbanded, Jimmy hooked up with Paul McCartney, becoming the lead guitarist for his post-Beatles band Wings. Jimmy’s work can be heard on two Wings studio albums  Venus and Mars  and Wings at the Speed of Sound   as well as the non-album single “Junior’s Farm” and the million-selling, three-disc chronicle of Wings’ live tour Wings Over America.  Not just a performer, Jimmy collaborated on several compositions, contributing music to lyrics written by former Stone The Crows drummer Colin Allen.

In 1977, Jimmy left Wings to join Steve Marriott and Kenney Jones in the reformed Small Faces. Allegedly, McCartney was relieved, as he had found Jimmy increasingly difficult to work with. The Small Faces reunion couldn’t have come at a worse time, as England’s musical tastes were changing. Punk rock was emerging and the guitar-driven rock of the early 70s was falling out of favor. Small Faces reunion albums were both critical and commercial failures. Jimmy formed a new band with former members of BeBop Deluxe, T. Rex and Nazareth, calling themselves The Dukes. The Dukes recorded one album before 26 year-old Jimmy died of a heroin overdose