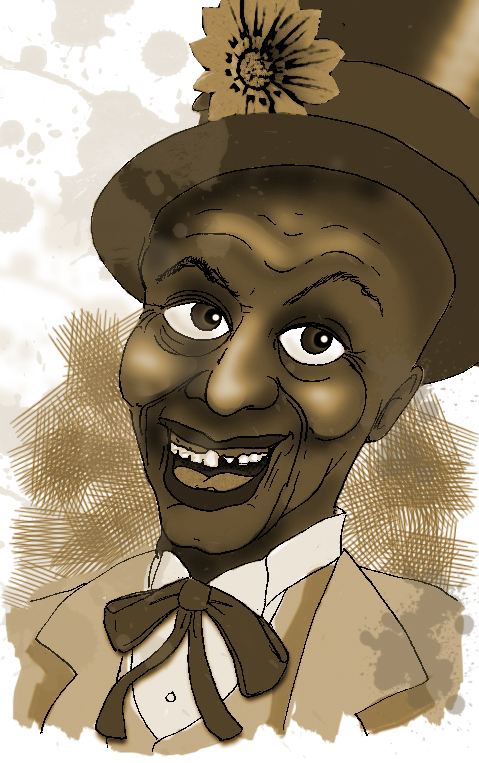 As a teenager, multi-talented Ernest Crowdus performed as a singer, dancer, musician and comedian in traveling minstrel shows. He changed his surname to “Hogan” to capitalize on the high regard for Irish singers. In 1895, he wrote a comedic song called “Pas Ma La,” based on an exaggerated dance he made up while touring with Pringle’s Georgia Minstrels. Ernest published the song under a genre of music that he invented: ragtime.

He followed the nationwide acclaim of “Pas Ma La” with a song that, despite its wild popularity, he regretted having written. A regret that remained with him for the rest of his life.

Ernest wrote and published “All Coons Look Alike to Me,” a composition he adapted from a song he heard in a bar. Ernest substituted the original lyric  “pimp”  with the word “coon” and accidentally started the widespread trend of “coon songs”. The “Coon Song” trend remained popular for several decades, with hundreds of tunes published by noted and respected composers. African-Americans were infuriated by Ernest’s song and he was ultimately ashamed of what he had innocently started. Because of this stigma, Ernest is overlooked as the originator of ragtime, even though it is documented that he was the first to use the emphasized syncopation that is standard in ragtime and even the first to have the word “ragtime” appear on the sheet music of his songs. When a ragtime championship contest was held as part of the 1900 World Competition in New York, most contestants chose to play Ernest’s “All Coons Look Alike to Me” to prove their skill.

In 1907, Ernest wrote, produced and starred in The Oyster Man,  becoming the first African-American to earn the Broadway “Triple Threat” title.  During the show’s run, Ernest contracted tuberculosis and passed away at the age of 44. Just prior to his death, he admitted his dismay over the song to which he was so closely associated, saying:

That song caused a lot of trouble in and out of show business. That one song opened the way for a lot of colored and white songwriters. Finding the rhythm so great, they stuck to it … and now you get hit songs without the word ‘coon.’ Ragtime was the rhythm played in backrooms and cafes. The ragtime players were the boys who played just by ear their own creations of music which would have been lost to the world if I had not put it on paper.