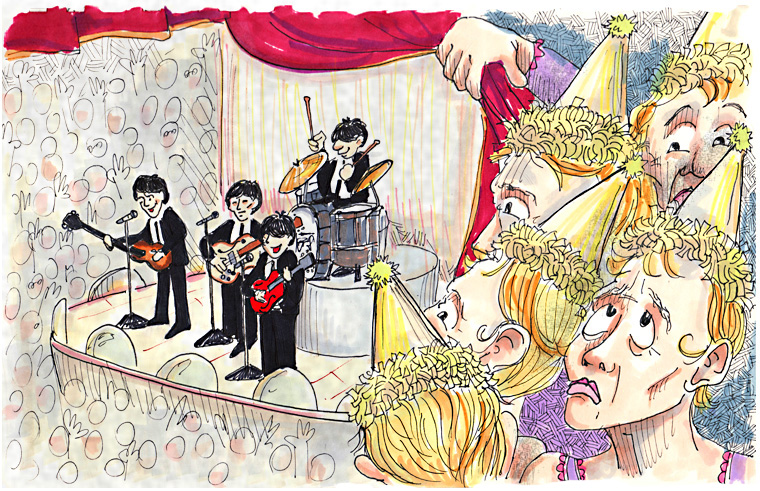 Vaudevillians Billy Wells and The Four Fays were booked to appear on the February 9, 1964 episode of the wildly popular Ed Sullivan Show. The group, who were introduced by Sullivan as performing their “unique brand of acrobatic physical comedy”, waited backstage, anxious to make their television debut.

Unfortunately for the tumbling troupe, a British musical group called The Beatles were also making their American television debut that night, scheduled just before Wells and The Four Fays’ performance.