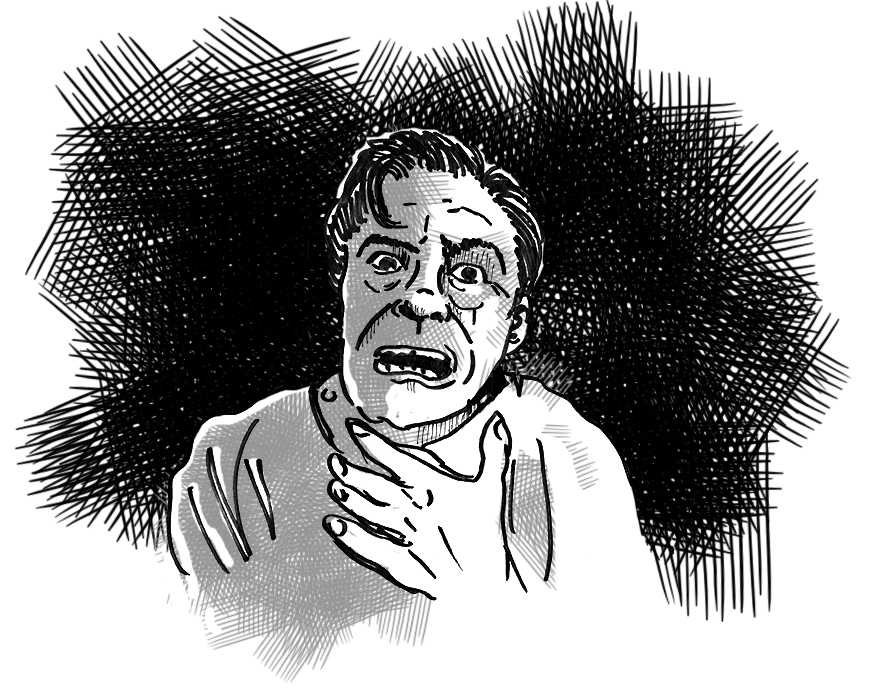 In 1931, Frederic March was cast in Paramount Studios’ film version — the sixth one since 1908 — of the Robert Louis Stevenson study in psychology Dr. Jekyll and Mr. Hyde. The production was made five years before the Hayes Code that monitored morality in motion pictures. The film contained some pretty strong  sexual content for 1931, particularly the role of “Ivy Pierson,” the bar singer portrayed by actress Miriam Hopkins. When the film was re-released in 1936, Miriam Hopkins’s provocative performance was reduced to less than five minutes of screen time.

The infamous “transformation” scene was filmed using a combination of color-coded make-up appliances and corresponding filters for the camera. The result was an effectively frightening sequence, thanks to March’s acting and Wally Westmore’s character design for the fearsome “Mr. Hyde,” including simian-like brow and hair along with prosthetic teeth. March was awarded an Oscar for his performance.

Hollywood remade Dr. Jekyll and Mr. Hyde again in 1941 starring Spencer Tracy. Prior to production, MGM purchased the negatives to the two previous versions, as well as every available copy of the Paramount version starring Frederic March… with the intention of destroying them to avoid comparisons. Despite Spencer Tracy’s acting ability, the MGM version received negative reviews. Frederic March sent a telegram to his colleague to thank him for “the greatest boost to his reputation of his entire career.”