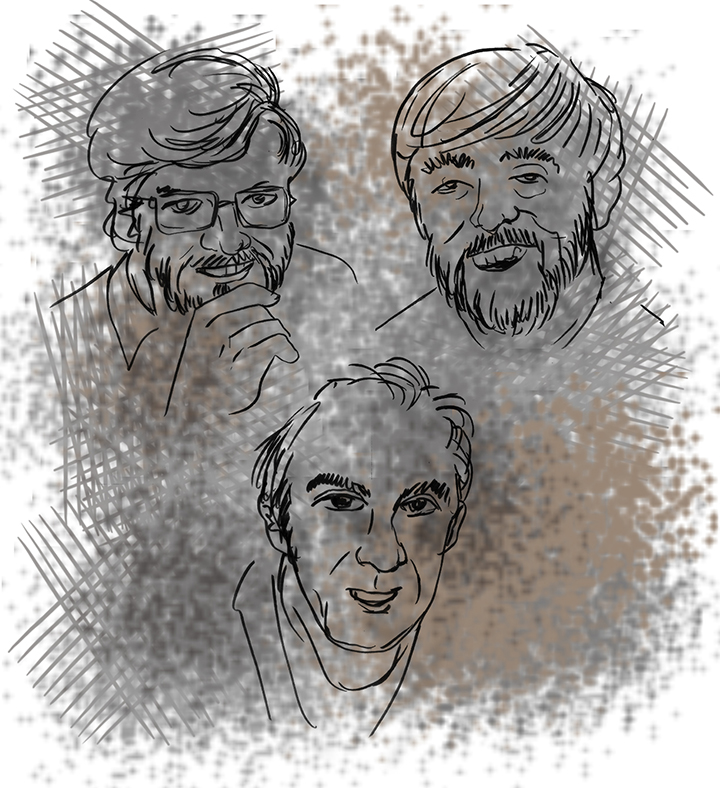 After a two-month series of earthquakes, Mount St. Helens, in Washington state, erupted at 8:32 on the morning of May 18, 1980. The entire north face of the volcano slid away, creating the largest landslide ever recorded. Volcanic ash was shot 80,000 feet into the atmosphere, raining down over 11 states. Glaciers melted, forming mudslides that eventually reached the Columbia River nearly 50 miles away.

David A. Johnston, a scientist working under the auspices of the Department of the Interior, had been gathering information in the weeks prior to the volcano’s eruption. His five-word transmission — “Vancouver! Vancouver! This is it!” —  from his outpost, six miles from “ground zero” was the first report of the eruption. David’s body was never found, though thirteen years after the eruption, parts of his trailer were discovered by highway workers.

Reid Blackburn was a photographer who was commissioned by a local newspaper, as well as National Geographic magazine, to cover the eruption. On May 22, 1980, Reid’s body was discovered buried in the ash. Several days later, his camera was found near his campsite at South Fork Coldwater Creek. As a result of the eruption, the creek became dammed, creating Coldwater Lake.

Robert Landsburg, also a photographer, had been photographing the changing landscape in the weeks leading up the the eruption. On the morning of May 18, Robert rapidly shot the approaching ash cloud. He rewound the film and put it back into its case. He put the film and his camera into his backpack. He placed the backpack on the ground and lay down on top of it, protecting the contents. Robert’s body was discovered two and a half weeks later, buried beneath the ash. His film, however, remained unharmed. It was developed as has since provided geologists with valuable information regarding the volcanic eruption.

And then, there was stubborn old Harry R. Truman…