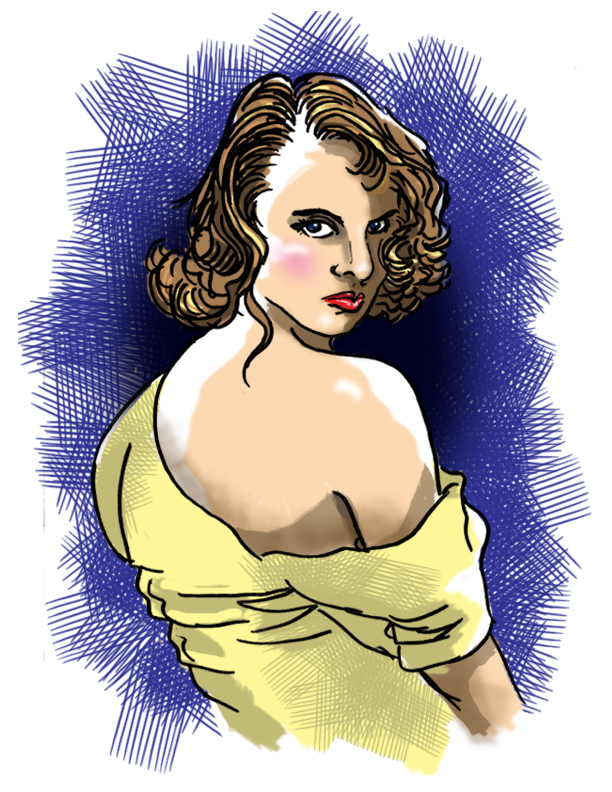 Just out of her teens, aspiring actress Carolyn Craig landed small roles in a variety of TV shows, including a few Westerns and popular anthology series. Moving to the big screen, she was cast as “Lacey Lynnton,” Elizabeth Taylor‘s sister, in 1956’s Giant, James Dean‘s final film. She followed that role with the female lead in 1957’s Portland Exposé, a tale of union struggles, and Apache Territory with costar Rory Calhoun in 1958. In 1959, she was part of the ensemble cast led by Vincent Price in William Castle‘s House on Haunted Hill.

She made the jump back to television with roles in many series – both comedy and drama – throughout the 50s and 60s, including Perry Mason, General Hospital, The Many Loves of Dobie Gillis, My Three Sons and the Westerns Laramie and  The Life and Legend of Wyatt Earp. Her final role was a guest shot on the spy series T.H.E. Cat starring Robert Loggia in 1967.

In 1970, Carolyn died from a self-inflicted gunshot. She was 36 years old.