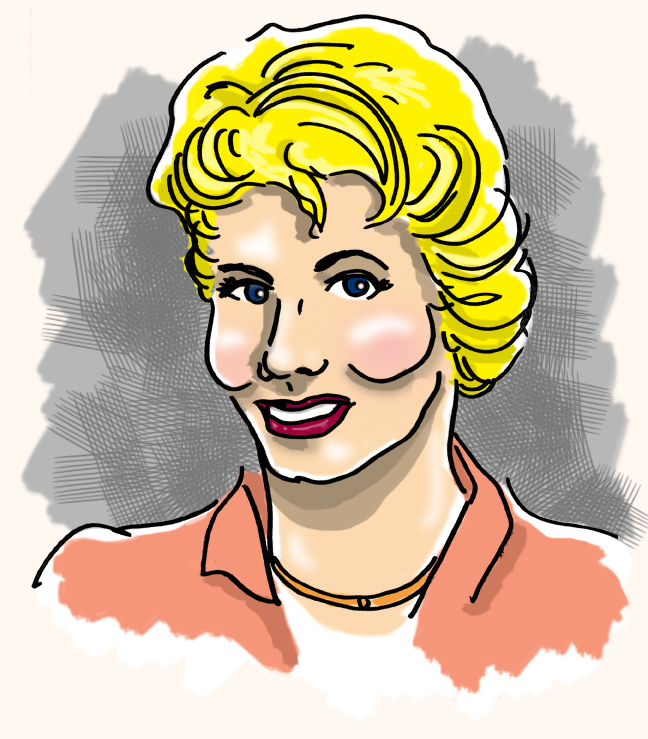 Early in her career, Bea appeared on countless popular radio shows in various character roles – telephone operators, landladies, sales clerks and most often “the neighbor.” Her keen knack for vocal inflection and dialects allowed her to portray several characters in one show, unbeknown to the radio audience. Bea also plied her voice talents in Warner Brothers cartoons alongside master voice artist Mel Blanc. She voiced female characters for decades, but, due to an exclusivity clause in Mel Blanc’s contract not permitting screen credit to any other voice artist, she was never acknowledged.

Bea co-starred with Lucille Ball in the radio comedy My Favorite Husband, the forerunner to I Love Lucy. When the decision was made to bring the show to television, Ball offer the role of neighbor Ethel Mertz to Bea. However, Bea was already recruited by George Burns to reprise her “neighbor” role on his TV sitcom, so she had to turn the part down (Gale Gordon, who played Bea’s husband had a similar commitment to the show Our Miss Brooks, allowing second choice William Frawley to step in as Fred Mertz).

After eight years on the Burns and Allen Show, Bea was cast as the voice of Betty Rubble on The Flintstones, reuniting with Mel Blanc voicing her husband Barney. In 1962, she auditioned for the role of “Granny” on a new series called The Beverly Hillbillies. She was told by creator Paul Henning that she was too buxom to portray the frail but feisty mother-in-law of series star Buddy Ebsen. Henning did cast her in the recurring part of Pearl Bodine, the mother of Ebsen’s character’s nephew Jethro, from back in the hills.  Based on the popularity of The Beverly Hillbillies, Henning created Petticoat Junction and awarded Bea the starring role of hotel proprietor Kate Bradley. With two “rural comedies” under his belt, Henning produced Green Acres, based on a radio show called Granby’s Green Acres (again starring Gale Gordon and Bea Benaderet). The lead couple was recast with Eddie Albert and Eva Gabor, although Bea appeared in several cross-over episodes as her Petticoat Junction character.

Four years into the run of Petticoat Junction, Bea was diagnosed with lung cancer. With the show finishing consistently among the top shows on television, Bea took what she had hoped would be a short leave of absence to deal with treatment for the disease. Actress Rosemary DeCamp filled in as “Aunt Helen.” Bea appeared sporadically in the show’s fifth season. Her condition worsened and after three shows in the sixth season, June Lockhart (playing the authoritative Dr. Janet Craig) was brought in as a substitute “motherly” figure. Bea’s stand-in (actress Edna Laird) was stuck into a few episodes, shot from behind with Bea’s voice dubbed into the soundtrack. Bea passed away in October 1968 at the age of 62.

On the day of her funeral, Bea’s husband, veteran sound-effects man Gene Twombly, died of a heart attack.