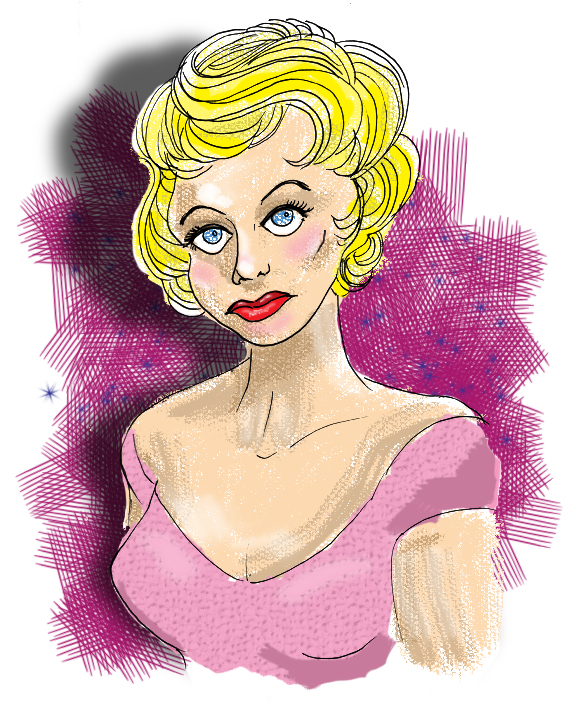 The 1950s were Martine Carol’s time to shine. The seductive blond bombshell was a top box office draw in French cinema. She starred in 15 films and was regularly compared to Marilyn Monroe. She was married to Stephen Crane, fresh from his divorce of Lana Turner (and father of Cheryl Crane, who was accused of murdering Lana’s subsequent lover, gangster Johnny Stompanato). As the 50s ended, Martine’s popularity dwindled — overshadowed by up-and-comer and compatriot Brigitte Bardot.

Despite her tremendous fame, Martine struggled with drug addiction, eventually leading to a suicide attempt. She married three more times after her parting with Crane. She was even kidnapped by notorious French gangster Pierre “Crazy Pete” Loutrel, who had earned a reputation as a cold-blooded killer. After one day, Martine was released from his custody and he sent her roses as an apology.

Martine suffered a heart attack and died suddenly in Monte Carlo at the age of 46. She was interred at Père Lachaise Cemetery in Paris, but her grave was broken into amid rumors that Martine was buried with a number of valuable pieces of jewelry. Her remains were moved to Cimetière du Grand in Cannes.