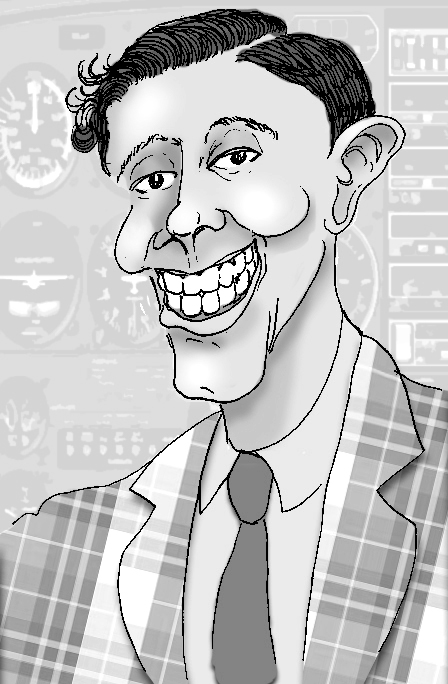 Roger Peterson was born and raised in Alta, Iowa, and earned his private pilot’s license in 1954, just after graduating from high school. Four years later, he got his commercial pilot’s certificate and was quickly hired by Dwyer’s Flying Service in Mason City, Iowa. Mason City was just a short drive from where Roger and his high school sweetheart, now new bride, made their home.

21 year-old Roger began making charter flights for Dwyer’s, logging flight hours needed for the next level of pilot certification. However, he was not trained for instrument flying and, therefore, not licensed to fly at night.

On February 2, 1959, the manager of the Surf Ballroom, in nearby Clear Lake, contacted Roger for a charter flight to Fargo, North Dakota. The Surf was hosting a concert and some of the performers wanted to fly ahead while the tour bus carried the majority of the tour’s personnel. At a little after 1 a.m. on February 3, Roger’s four-seater Beechcraft Bonanza sat on the runway of the Mason City airfield as a light snow fell. Soon, the single-engine craft was boarded by Buddy Holly, Ritchie Valens and J.P. Richardson, known as “The Big Bopper”. Roger checked the instruments and the plane took off. Roger maneuvered the plane northwest, cleared the airport but, just moments later crashed into a cornfield about five miles away  killing everyone aboard.

After research and investigation, the Civil Aeronautics Board ruled the crash the result of pilot error. It seemed that since Roger was not certified in flight solely by instruments, he misinterpreted the readings from the unfamiliar navigational gyroscope. He believed the plane was gaining altitude, when in reality, it was losing altitude. He became disoriented while in flight. The weather conditions were only a secondary contributing factor.