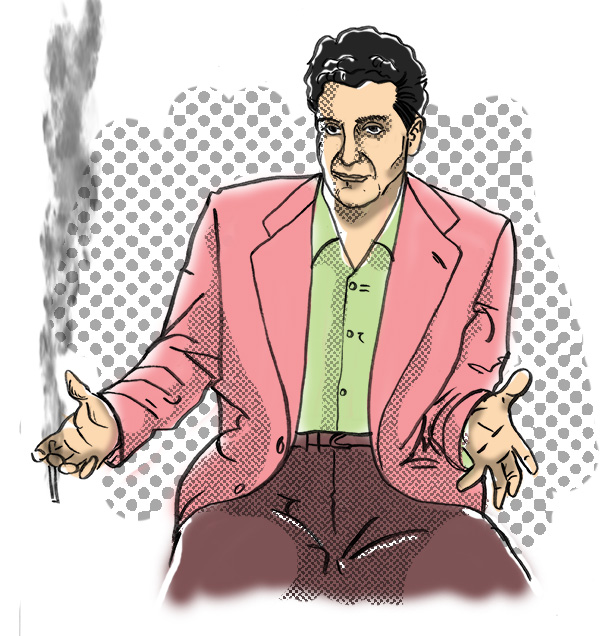 In 1958, Lana Turner was between husband number five and husband number six when she entered into a torrid and volatile relationship with Johnny Stompanato. Johnny was the bodyguard for notorious gangster Mickey Cohen. Lana didn’t care about Johnny’s connections. She was content with his dark good looks and expertise as a lover. So, he had a temper and he was possessive. Lana took the good with the bad.

One night in April 1958, Lana and Johnny were having a particularly heated argument behind the closed door of Lana’s Beverly Hills bedroom. Cheryl heard the yelling through the walls of her own room. She became worried for her mother’s well-being. An anxious Cheryl hurried downstairs searching for something to use to defend herself and her mother. She grabbed the first thing she saw in the kitchen — a large knife.

Cheryl returned to the second floor and stood outside her mother’s bedroom, knife poised in her hand. Suddenly, the door flew open and Johnny, still screaming, stormed out of the room. He was still facing the interior of the room as he exited and walked right into waiting knife blade. Johnny fell to the floor dead.

Lana Turner’s testimony at the subsequent trial was believed by many to have been the greatest acting performance. Cheryl took full responsibility for the stabbing, although she claimed self-defense. Public opinion was that Cheryl was taking the fall for her mother, knowing that, as a minor, she would serve a sentence that would be far less severe. Cheryl, found guilty of justifiable homicide, was ordered by the court to spend two years in a facility as a ward of the state. A facility from which she escaped after a year.

In her 1988 autobiography, in addition to coming out as a lesbian and revealing that, as a child, she had been repeatedly molested by Lana Turner’s fourth husband actor Lex Barker, Cheryl Crane again confirmed the true story of Johnny Stompanato’s death.