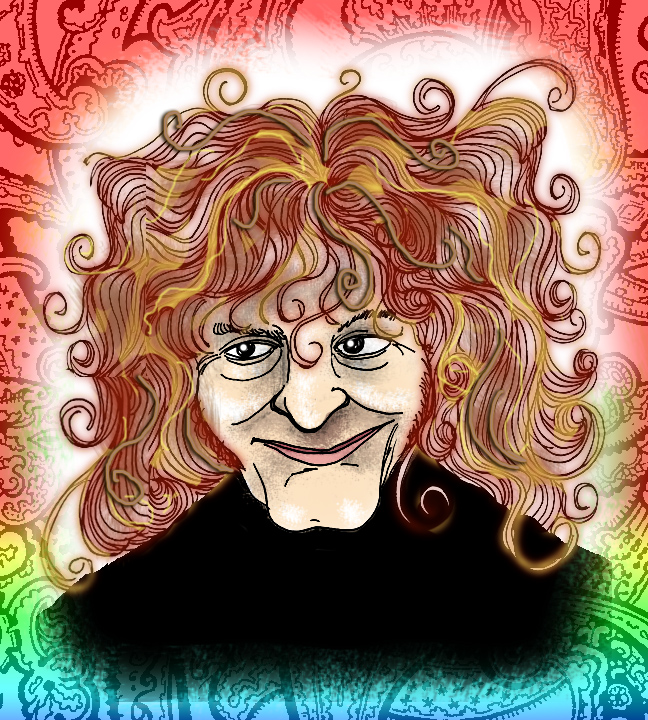 Gerome Ragni performed in several small theatre productions until he collaborated with fellow actor James Rado on the first Broadway musical to celebrate hippie culture  Hair. Hair  was unlike anything that was previously presented on the Great White Way. Audiences were assaulted and enraptured by free-form dancing, strange and wild staging, offbeat and topical rock songs, psychedelic and paisley-patterned costumes and nudity for nudity’s sake. It opened on April 29, 1968 and ran for 1750 performances. Gerome Ragni played the lead role of counter-culture tribe leader Berger.

When I was seven years-old, I discovered the original Broadway cast recording of Hair  in a stack of records at my Aunt Claire’s house. I popped the disk onto the turntable of her hi-fi and dropped the needle. I was hooked. I played that record over and over and over again. I dragged that record out on every visit to my aunt’s house. I finally bought the record myself and repeated the ritual at my own house. I knew every word to every song. I knew the dirty song lyrics, too, even if I didn’t know their meaning. I sang along when The Fifth Dimensions’ version of “Aquarius” or The Cowsills’ take on “Hair” came on the radio, and I pointed out when they altered the lyrics slightly from the original. In 1969, the touring company of Hair  came to the Schubert Theater (now the Merriam) in Philadelphia. My mom allowed me to skip third grade for a day and took me to a matinee performance. As we walked up Broad Street toward the theater, we noticed a commotion outside. A dozen or so people  men and women  were marching in a circle on the sidewalk in front of the theater’s entrance. They held signs and chanted, trying to discourage people from seeing the show. With tickets firmly in one hand and my  little hand firmly in the other, my mom cut through the line of protesters. One stern-looking woman yelled at my mother, “How dare  you take that young child in to see this smut!”  My mother shot back, “Have you seen it?” “Oh my goodness! NO!”, the woman protester replied, outraged at my mother’s insinuation. “Well, after I see it, I’ll let you know how it is.”, my mother called back over her shoulder, as she and I walked through the theater doors. I stuck my tongue out at the lady as the door shut behind me.

The Broadway production of Hair  was a traumatic experience for Gerome Ragni. The show’s immediate popularity made him very wealthy very quickly and he had a difficult time dealing with the instant fame. His marriage broke up and he disappeared from mainstream society. He joined a religious cult and contributed money to the Black Panther Party and Yippie causes. His belabored follow-up to Hair, a show called Dude, opened on Broadway in 1972 and closed after sixteen performances. Gerome was working on a new musical when he passed away in 1991 at the age of 55.