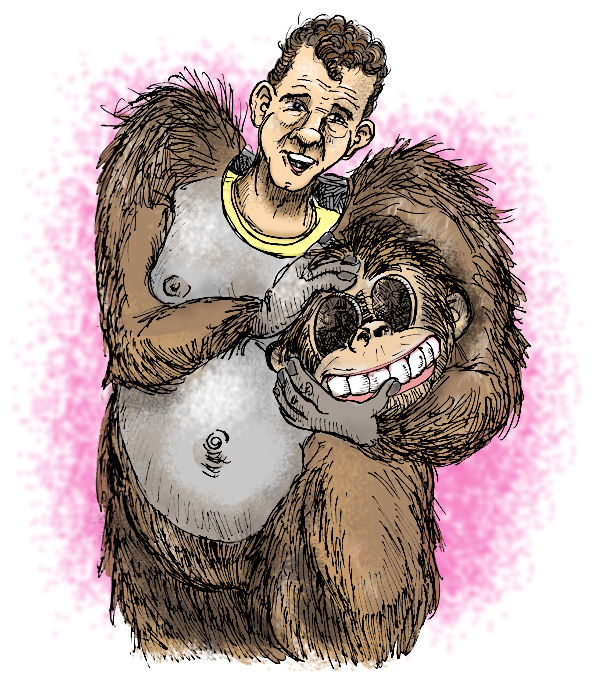 You need a bear? Call Janos.

You need a gorilla? Call Janos.

You need a monster? Call Janos.

For fifteen years, Janos Prohaska was Hollywood’s “go-to” guy when a script called for a ursine, simian or otherworldly character to interact with a leading actor. Janos would don one of his many homemade costumes and happily perform his patented animal pantomime. He played countless gorillas in laboratories, performing circus bears and outer space monsters in television and movies. He was the popular “Cookie Bear”, a character played for comic relief, on fourteen episodes of The Andy Williams Show,  a variety showcase hosted by the easygoing singer. Janos appeared in episodes of The Munsters, Bewitched, The Lucy Show, Love American Style, I Dream of Jeannie  and even Perry Mason,  all hidden under heavy fur and latex costuming. His roles were, for the most part, uncredited. In 1969, he made an appearance on the TV game show What’s My Line?,  in a full ape get-up.

Janos was also an accomplished stuntman, doubling for Peter Falk in the physical comedy classic It’s A Mad, Mad, Mad Mad World  in 1963. In 1971, he played Heloise the gorilla in Escape from Planet of the Apes,  in which he strangled Dr. Milo, the character played by Sal Mineo.

In 1974, Janos, his son, fellow stuntman Robert Prohaska, and 34 passengers were returning by chartered plane from a mountainous location set for the ABC Television series Primal Man.  In total darkness, the plane flew into a mountain ridge, killing everyone aboard.