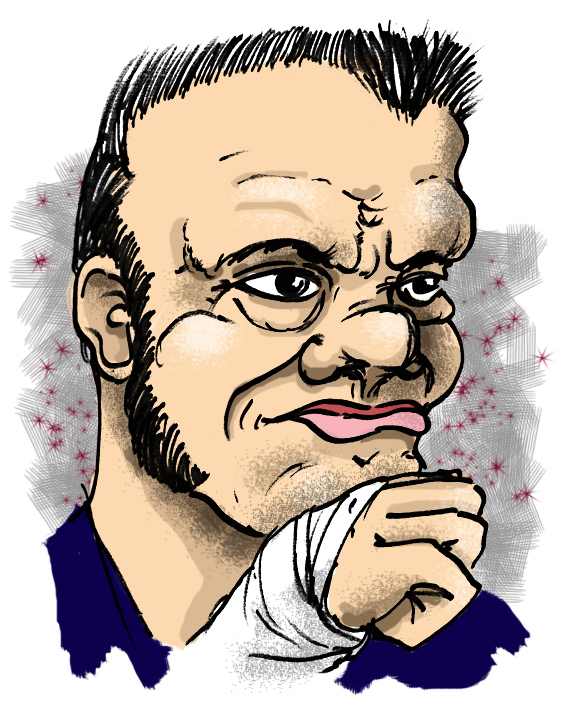 Everyone knows professional wrestling is fake. The fans know. The wrestlers know. The officials know. Everyone. But, professional wresting has remained popular ever since it was the only thing to watch in the early days of television. In fact, it has exponentially increased in popularity and made a fortune for its promoters, most notably Vince McMahon Jr. who turned the staged matches and contrived intrigue into a multimillion dollar brand.

Canadian George Stipich began wrestling in the role of “the bad guy” in the 1960s. He used the name “Stan Stasiak” and played the villainous brute character to the hilt. He bounced around different pro wrestling organizations for several years, always playing the same brooding ogre in the ring. In his third stint with Vince McMahon Sr.’s fledgling World Wide Wrestling Federation, Stan got a brief and unexpected shot at glory.

In December 1973, Stan was in a venue dressing room in Philadelphia prior to a World Championship bout in which he was to battle popular reigning champion Pedro Morales. A representative from the World Wide Wrestling Federation entered the dressing room to go over the particulars of how the match was to play out. This was a common formality and Stan hardly paid attention. He had this same conversation in the dressing rooms of a dozen venues in a dozen cities on the Eastern seaboard. The WWF agent discussed various moves and holds, describing the scene as it had been described many times before.

“Pedro makes a big comeback,” the agent said, “and the referee starts to count  right?  one, two…”

Stan, giving his full attention to lacing and tying his boots, nodded and grunted a half-hearted “Uh-huh.”

“On ‘two’, you roll your shoulder up, and Pedro’s shoulders will be down on the mat.”, the WWF official explained.

Stan looked up, knowing he was about to hear the familiar fate that ended each match.

The official continued, “The ref hits the mat at ‘three’ and Pedro is down. Okay?”

Stan froze and looked at the offical. “You mean I win?, ” he said, after a long silence.

Stan was the World Wide Wresting Champion for nine days, until Bruno Sammartino defeated him at Madison Square Garden and took the belt.

Stan retired from the ring in 1984 and became a security guard for a shopping center. He passed away from heart failure at the age of 60. For nine days he lived what most wrestlers only dream about.