This weeks Illustration Friday challenge word is contraption.  This is the second of two illustrations for the topic. Here is the first. 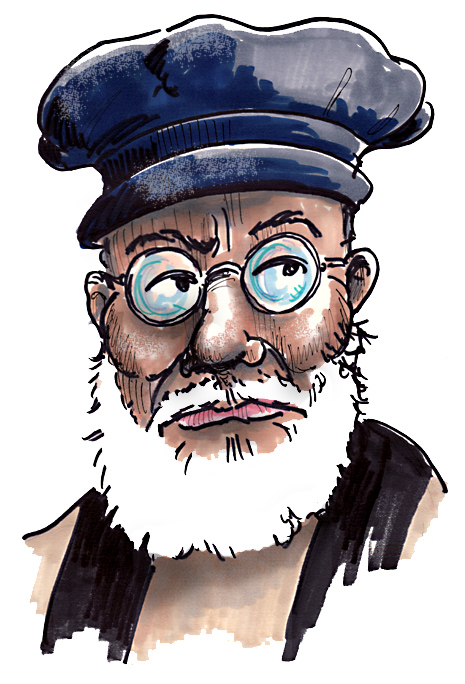 Elijah McCoy worked as a fireman and oiler on the Michigan Central Railroad in the late 1800s. He often tinkered in his home workshop trying to devise new methods for lubricating machinery. He developed an automatic lubricator for oiling the steam engines of locomotives and ships and on July 12, 1872, he obtained his first patent for the device. Elijah continued to work and refine his inventions, eventually holding over 50 patents for various lubricating systems. By the turn of the century, author Booker T. Washington recognized Elijah as having produced more patents than any other black inventor up to that time. Lacking the capital with which to manufacture his lubricators in large numbers, Elijah usually assigned his patent rights to his employers or sold them to investors.

Elijah continued to invent varied contraptions until late in life, including a folding ironing board and a lawn sprinkler. In 1922, he suffered injuries in a automobile accident. He was a long-time resident of the Eloise Hospital (later the Michigan State Asylum), where he suffered from dementia. Elijah passed away on October 10, 1929 at the age of 86.

Railroad engineers looking to avoid inferior copies of Elijah’s oil drip cup would always request it by name, and ask if a locomotive was fitted with “the real McCoy system”. The term “The Real McCoy”, meaning a genuine article, has become part of our lexicon.