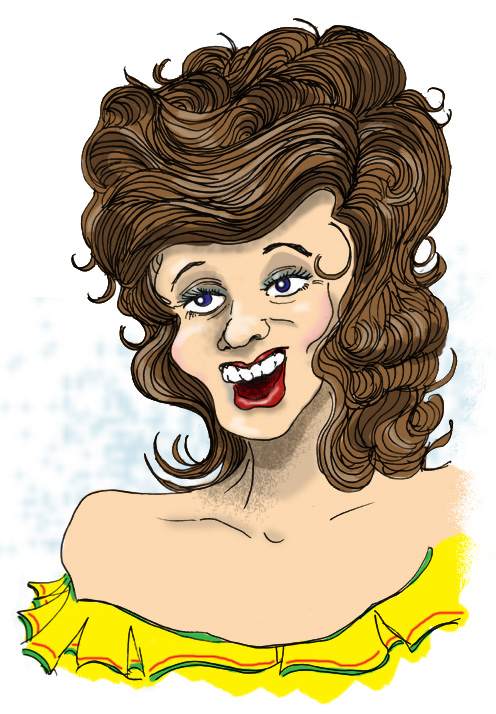 In 1964, Barbara Colby gave a well-received performance in Six Characters in Search of an Author.  This led to Broadway, where she made her debut the following year in The Devils  with co-stars Anne Bancroft, Jason Robards, James Coco and Albert Dekker. She garnered positive reviews for her roles in numerous plays throughout the remainder of the 1960s.

Barbara met and married Bob Levitt, son of Ethel Merman, and the couple moved into the prestigious Dakota in Manhattan’s Upper West Side. Barbara continued to perform in plays and began to take guest roles in popular episodic television. The demands of a bi-coastal career put a strain on her marriage. She split with her husband as her film and televison career was taking off. She appeared in weekly dramas like Kung Fu,  Columbo  and Medical Center  and took a turn at comedy as a bartender in an episode of The Odd Couple,  at the suggestion of her friend Jack Klugman.

In 1974, Barbara was cast as Sherry, the smart-aleck prostitute, in a memorable episode of The Mary Tyler Moore Show.  The character was so popular that Barbara was asked to reprise the role a year later in a subsequent episode. MTM (Mary Tyler Moore’s production company) realized they had the perfect actress to complement Cloris Leachman in the spin-off sitcom Phyllis.  Barbara was cast as “Julie Erskine”, Phyllis’ boss at the photography studio in which she worked. Filming began on the show and Barbara and the cast completed three episodes.

On July 24, 1975, Barbara was teaching an acting class in Venice, California. A little before midnight, she and fellow actor James Kiernan stopped to talk in the parking lot after the class. Suddenly, they were each shot by two men that approached them. James was able to give police a description of the event and the shooters before being rushed to the hospital, where he died several hours later. Barbara, however, died instantly. She and James were both 35 years old.

The cast of Phyllis  was devastated and Cloris Leachman filmed an emotional tribute eulogizing her co-star. CBS decided not to air the piece, fearing it would interfere with the lightheartedness of the comedy. Barbara’s role was taken over by actress Liz Torres.