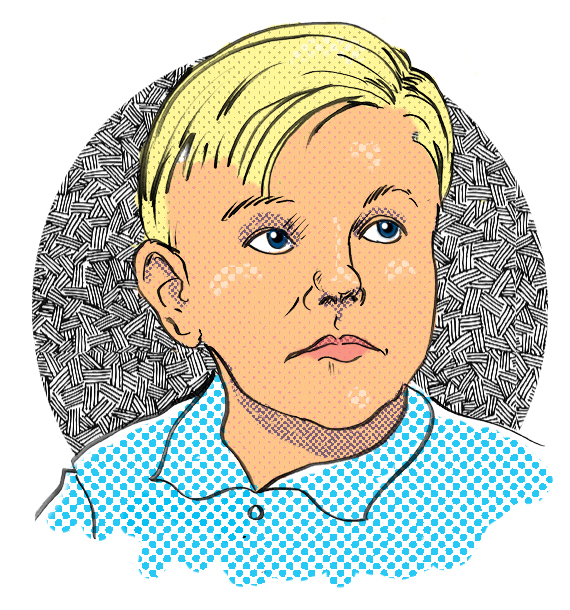 Bobby Buntrock got his first taste of acting on an episode of Wagon Train  at the age of seven. He landed the part of little Harold Baxter on the sitcom Hazel with Oscar winner Shirley Booth as the problem-solving maid for George and Dorothy Baxter as played by Don DeFore and Whitney Blake (Meredith Baxter’s mother). During Hazel’s  popularity, Bobby appeared in a memorable TV commercial for the new Marx toy — Rock ’em Sock ’em Robots — in 1964. He stuck with Hazel for its entire run and after the show’s cancellation, Bobby had guest roles in a few more series until he left show business in 1967.

In April 1974, Bobby was killed in a car accident in Keystone, South Dakota. He was 21 years old. The accident allegedly occurred in roughly the same spot as an accident that claimed his mother’s life a year earlier. An interesting coincidence, but it is a claim that has been disputed.