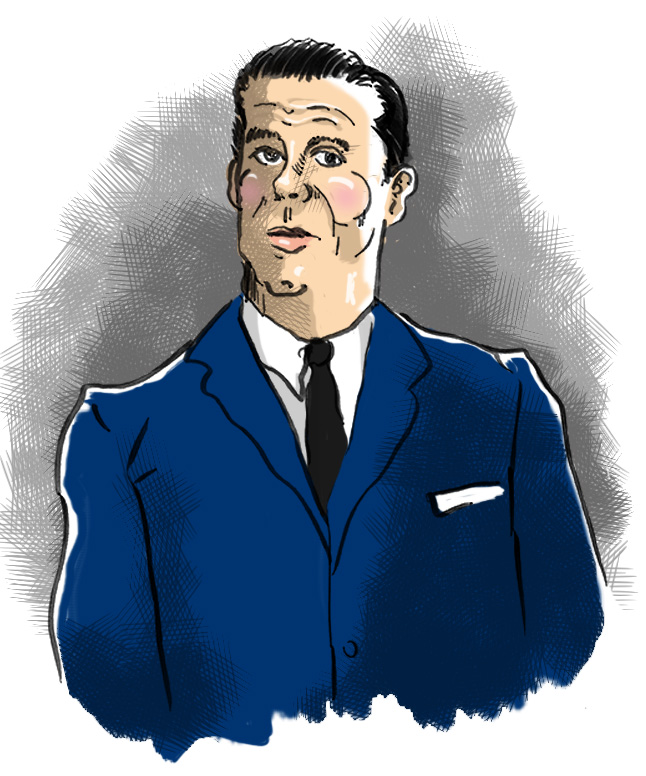 It was while attending the University of Iowa that Don DeFore decided to become an actor. Originally a law major, he enjoyed performing in plays, but was disappointed when he discovered that “drama” was not recognized as a major at the university. He dropped out and enrolled in the famed Pasadena Community Playhouse.

Don was a busy character actor in Hollywood. He was cast in numerous “regular Joe” roles in dozens of movies in the 30s and 40s. However, he enjoyed his greatest success in the early days of television. Don played Ozzie Nelson‘s friendly neighbor “Thorny” on the long-running sitcom The Adventures of Ozzie and Harriet. Later he starred as the irascible, but jovial, “George Baxter,” employer of the meddlesome maid Hazel on the sitcom of the same name.

In 1957, Don ventured into the restaurant business with an offer from his pal Walt Disney. Two years after its celebrated opening, Disneyland welcomed Don’s new eatery — The Silver Banjo Barbecue — located in a prime location in Frontierland in the fledgling theme park. The restaurant operated for six years under the daily supervision of Don’s brother Verne. Don made many personal appearances at the restaurant, mingling with guests and even treating them to a few tunes on the banjo. The Silver Banjo Barbecue closed as part of the expansion of its neighboring restaurant, Aunt Jemina’s Pancake Kitchen.

A long-time Republican, Don was a delegate at the 1980 Republican National Convention. His friend, former actor and 40th President of the United States Ronald Reagan, appointed him to the Presidential Advisory Council to the Peace Corps.