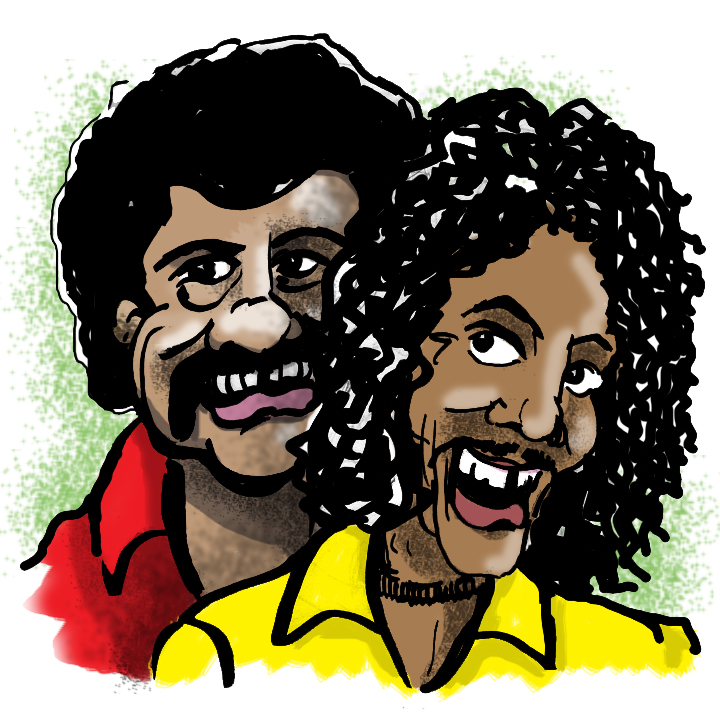 Larry and Roger Troutman had no idea how influential their band would be. They just wanted to play the funk.

Roger made a deal with his childhood friend, bassist Bootsy Collins. They vowed that whoever became more famous would help the other achieve the same level of fame. In 1978, Roger founded Zapp with his brothers Tony, Terry, Lester and Larry.  However, Bootsy’s star rose first, scoring success with groundbreaking band Parliament-Funkadelic. Bootsy introduced Roger to Parliament’s leader George Clinton. George was instrumental in securing a record deal for Zapp with Warner Brothers. Upon the release of their eponymous debut album and its hit single “More Bounce to the Ounce”, Zapp began touring as the opening act for performers like Prince, the Commodores, Gladys Knight and the Pips, Ashford and Simpson, Kool and the Gang and Cameo.

Roger was Zapp’s producer, chief writer, arranger, and composer in addition to being the focus of their stage show. He made generous use of the voice-altering “talk box” both on stage and recordings. Roger incorporated the “talk box” into Zapp’s biggest songs notably “Computer Love”, which hit the Top Ten on the R & B charts in 1985. By the early 1990s, Zapp’s music was being widely sampled throughout the budding hip-hop genre. In ’96, Roger sang back-up and contributed his famous “talk box” to Tupac Shakur’s “California Love”. Zapp remains one of the most sampled groups by West Coast hop-hop artists.

Larry had become Roger’s manager and the two had many discussions over finances and Roger’s desire to dissolve the partnership. Although the Troutman brothers were always very close, sometimes the arguments escalated to an uncomfortable level. On April 25, 1999, Roger was shot four times outside of his Dayton, Ohio recording studio. Upon his discovery, he was rushed to the hospital and died during surgery. The killer – his brother Larry – was found several blocks away behind the wheel of his car with a single gunshot wound to his head and the gun lying on the seat beside him.