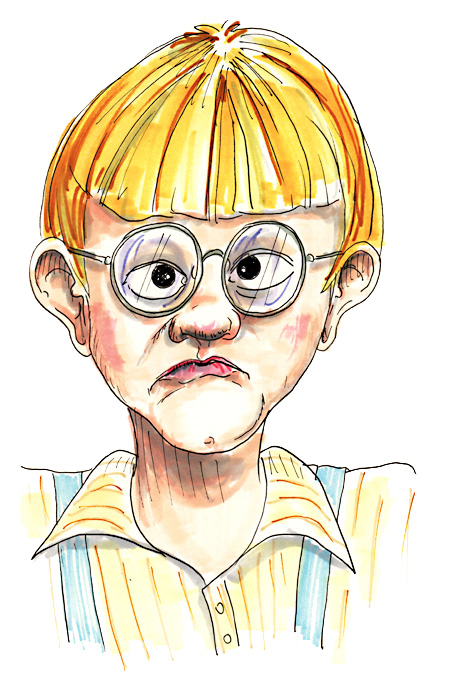 Billy Laughlin was discovered by an MGM talent scout outside a movie theater doing Popeye imitations for his friends. Soon, Billy was starring in the final run of the Our Gang  film series as “Froggy”. He spoke in the gravelly croak that brought him fame in 29 shorts beginning with The New Pupil  in 1940 through Dancing Romeo  in 1944. (In a scene in 1941’s 1-2-3-GO!,  Billy briefly used his actual speaking voice for the only time on camera.) After the Our Gang  series ended, 12-year old Billy told his mother he was no longer interested in acting and wished to be a normal kid. And he did just that. Billy went to school and hung out with other kids and lived the life of a normal teen.

In August 1948, 16-year old Billy was delivering newspapers on his motor-scooter with a friend in La Puente, California. A speeding truck hit the boys and their vehicle from behind. They were killed instantly.

Billy was the youngest former Our Gang  member to die.