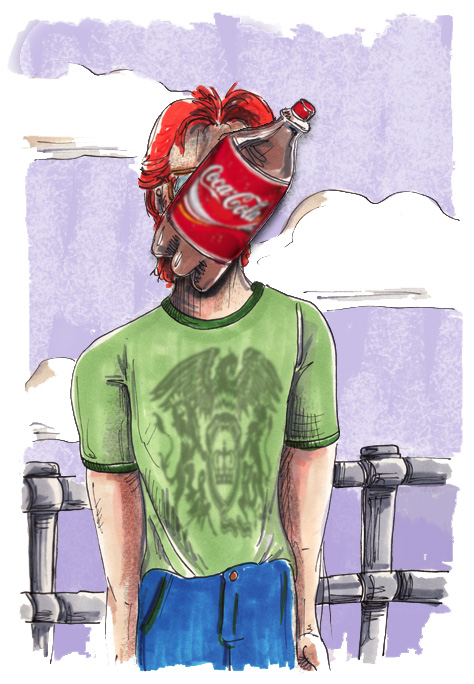 Summer 1979. My friends and I had just graduated from high school. We were all turning eighteen, the then-legal drinking age in New Jersey. Four of us ― Alan Salkowitz, Scott Sadel, Sam Hazan and ol’ Josh Pincus ― crossed the Pennsylvania border, headed for Atlantic City, for what would be a beer-soaked, debauchery-filled last hurrah before college.

Atlantic City was in a transitional period in the late 70s, caught somewhere between the “America’s Playground” time of the 60s and the new frontier of casino gambling. The grand old hotels on the famed Boardwalk, now dingy gray shadows of their glittery and esteemed heyday, were still out of our league. The more modern family motor inns were also a bit pricey for the likes of four high-schoolers with minimum wage jobs. The most monetarily-appealing option was one of the many rooming houses available just off the Boardwalk. An older couple, usually ones whose grown children had left the nest, would open up several rooms in their large pseudo-Victorian seaside homes for vacationers on a budget. My friends and I happily booked accommodations at Betty’s Rooms, one of the larger rooming houses still within the beach block.

Alan secured the use of his father’s sedan for several days and we all met at his house. Each of us packed a bag with the few items that eighteen year-olds feel they need for a four-day vacation – clothing in pairs (underwear, socks, shorts and a pair of T-shirts), possibly a toothbrush and enough cash to keep us in beer and junk food until our return home. We piled into the car and set off for our Jersey Coast destination. We decided to take the less-frequently used Betsy Ross Bridge instead of the more popular (and possibly traffic-jammed) Tacony-Palmyra Bridge as our cross-over into The Garden State. Finding ours being the only vehicle on the bridge in that early morning hour, Alan maneuvered the car across all eight lanes in a haphazard, zig-zaggy pattern. We all laughed hysterically, unfazed by the potential danger of his actions. Actually, we perceived it more of a foreshadowing of the unbridled revelry that lie ahead.

The ninety-minute drive ended at Betty’s Rooms, a massive, three-story single-family structure, now converted to a labyrinth of odd-shaped rooms and a mixed assemblage of guests, mostly families with an eye on thriftiness and teens like us. We were greeted by Crying Bob, Betty’s partner (possibly her husband – the jury is still out on that  call), who managed the large off-street parking lot. Bob, with his white crew-cut and windburned skin, directed us to a designated parking space with a warbling voice sounding as though he was on the verge of tears. We popped the trunk and grabbed our bags. The four of us bounded up the front steps, across the porch and through the front door where we were met by Betty herself. Betty was a frail, wizened, leathery woman with gray hair pulled into a tight bun at the back of her head and a horse-choking wad of paper money tucked securely under her ubiquitous crocheted shawl between a frayed bra strap and a bony shoulder. With a crooked, twig-like finger, Betty pointed up the stairs and handed over the key to the largest room in the house. We recklessly tossed our luggage into the room that would be our home for the next few days. A room that Betty would freshen daily with mismatched towels and hospital-cornered beds. A room whose condition would invariably deteriorate and bring unspoken disgust to Betty’s old-fashioned sense of respect and decency (for a woman who runs a rooming house, that is).

Our first order of business (which would lead to our second order of business), was to stock up on beer, soda, snacks, beer and beer. We made our way to Chelsea Liquors on Atlantic Avenue. Despite its “stripper-sounding” name, Chelsea Liquors was a small, cramped establishment eager to cater to the alcoholic whims of anyone with a valid proof of age. As the oldest of the group, I made my first official legal purchase of beer (four six-packs), while my friends gathered bags of crunchy snacks and two-liter bottles of soda. (No cups needed as we were pretty friendly. What’s a few wipes of a bottle-top between friends?) We returned to our room at Betty’s and, with no regard for the early hour of the day, began drinking immediately. And that’s how we occupied ourselves for four days. It was a veritable race to see who would succumb to cirrhosis of the liver first. And a hotly competitive race it was. We paused briefly to visit the beach or to ogle girls or to eat a normal meal, but mostly, we drank. As the first evening fell, we staggered to the Boardwalk for some fresh air and, possibly, a stop at a bar. The Boardwalk was crowded with peers also experiencing a summertime epilogue to their high school days. Familiar and unfamiliar faces swam past our bleary eyes as we feigned enthusiasm in superficial conversations. We were more interested in pickling our senses. After a few more hours of additional intoxication, we wavered and pitched back to Betty’s to sleep off some of the ingredients of the next morning’s impending hangover.

Before conking out for the night, we indulged in some chips and soda, consciously steering clear of any more alcohol. The cellophane bags were passed around as well as the plastic jug of Coke. I was seated on the edge of one bed and I clapped my hands to get the attention of Sam who was seated at a small table several feet away. I waved my palms towards me in the universal gesture of “send that soda bottle this way”. Sam cocked his arm and hefted the two-liter container up in the manner of an NFL quarterback facing the oncoming defensive line. He lightly bounced the nearly-full bottle and suddenly rocketed it in my direction. In the same instant, Scott decided he had had enough for one evening. He reached up and yanked the cord on the single light fixture on the ceiling ― immersing the room in total darkness. I sat in the obscuring emptiness with my arms outstretched, waiting for the approaching carbonated missile that Sam had launched a second earlier. My wait was minimal as I was immediately slammed in the head by the plastic decanter and sent backwards off the bed. The audible “WHAP” confirmed a direct hit to the three other occupants of the room. In a roar of laughter, someone snapped the light back on to find me laid out on the floor, a large welt already blooming on my forehead. The merriment of my pals faded away at the same rate as my consciousness.

The next morning, my hangover arrived right on schedule. But the bulletproof mentality of an eighteen year-old male is a tough thing to alter. I popped a few Excedrin and minutes later I felt I was ready to accompany my friends to breakfast. Everyone knows that there’s nothing better to fight a hangover than some aspirin and a stack of pancakes.

The next three days took a course similar to Day One, except I didn’t take anymore Coke bottles to the noggin. On Day Four, we disposed of the many beer cans and swept the pretzel crumbs off the beds to leave the room as presentable as possible. We loaded our bags into Alan’s car and started for home, waving to Betty and Crying Bob as we exited the parking lot.

Summer was over. Life awaited us.