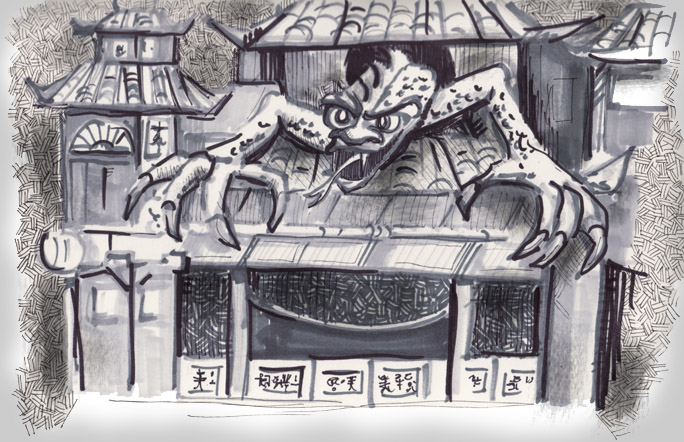 When I was a kid in the 1960s, every summer usually included one or two trips to Atlantic City. My parents, my older brother and I would pile into the car and take, what seemed to be, the eleven-hour drive from northeast Philadelphia to the southern New Jersey seaside resort (Of course, as an adult, I discovered this journey is about an hour and a half). My father hated to travel. Everything except driving to work and driving to buy cigarettes was an inconvenience to him. He never liked to go anywhere further than Cottman Avenue. If it began to rain, my father would turn the car around and head back home fifteen minutes into our trip. My mom, however, loved to go anywhere and everywhere. She would plan and talk about our Atlantic City trips as if we were headed to the French Riviera. She would pack lunch, a thermos jug of her world-famous iced tea and an array of activities to keep my brother and me from beating the shit out of each other in the back seat. We would play “Car Bingo” or “Spot the Out-of-State License Plates”. We would discuss what the first thing we would do when we got to Atlantic City. We sometimes would stop for hot dogs and fresh produce at one of the zillion roadside stands that stood every few feet along Route 73 in New Jersey.

Our destination was usually one of the grand old hotels on the Boardwalk – The Traymore, The Shelburne, The Deauville – all eventual casualties of the casino era. Upon arrival, we would hastily put on our bathing suits and rush to the beach. In those days, beach attire was not permitted in the hotel lobby. A wooden walkway that led from the hotel basement to the beach, under the Boardwalk, was set up for beach-goers.

After a full day playing in the sand, eating ice-cream from cooler-carrying, barefoot vendors, and actually swimming in the Atlantic Ocean, we would head to Million Dollar Pier. Opened in 1906 and was situated on the Boardwalk at Arkansas Avenue, Million Dollar Pier was jammed with games of skill, giant spinning wheels where a ten-cent bet might win you a huge, pink plush bear or a full box of Hershey bars and food stands selling hot dogs, cotton candy and Kohr Brothers custard. There was a sideshow featuring the Ape-Girl. The painted poster promised that a beautiful girl would transform into an ape right before your eyes (10 times nightly) and then, shockingly, escape from her cage (also 10 times nightly) – all to the accompaniment of a loudspeaker chanting “The Ape-Girl! The Ape-Girl! Was Darwin right? Did man evolve from ape? The Ape-Girl! The Ape-Girl!” Million Dollar Pier was also home to an overabundance of carnival rides. There was the Tilt-O-Whirl, The Scrambler (my mom’s favorite), Bumper Cars and numerous kiddie rides. After navigating the walkways of the pier, through the maze of rides, there stood the bane of my six-year-old existence – The Orient Express. Looming above the pier was that red, green and black abomination. It was a pagoda-peaked and faux-lacquer finished structure, decorated with funny squiggles I had only seen in Chinese restaurants and topped with a behemothic, blinky-eyed, smoke-breathing (on the summers that they could get it to work) dragon. I believed that dragon waited every year for me to return. For me to step close enough to its perch so it could eat me. I stood frozen in silent horror and stared at that fiberglass beast and I knew that bastard was staring right back at me.

Every year my mom and my brother would ride The Orient Express. Every year they asked if this was the year I would join them. And every year I gave the same answer – “NOOOOOOOOOOOOOOOOOOOOOOO!!!!” Were they blind? Couldn’t they see the way that dragon looked at me? That horrible monster motionlessly and patiently waited for the day I accepted their offer, to finally savor the child it stared at and tasted in its pre-fab plastic and electronic-circuitry-filled mind all those years. So, my mom and my brother rode The Orient Express. I stood a safe distance outside with my dad. They climbed into the two-seat ride car and burst through the first set of shiny red doors towards darkness. At one point in the ride, the cars came back out of the building for a quick, roller coaster-like dip and then were rushed back inside. I waved to my mom and brother when their vehicle emerged from the building for that split-second. I shuddered as it went back in, wondering if they would survive this year’s ride. Finally, they arrived at the unload area, laughing as they had in previous years.

When my brother felt he was too old to take vacations with his family, the remaining three of us headed to Atlantic City. This particular summer I agreed, although with much trepidation, to accompany my mom on The Orient Express. I faced that dragon one more time, trying to convince myself that this was just a ride on a pier in New Jersey and not my ultimate doom. Nervously, I entered the ride car with my mom. She assured me I was safe. We exploded through the first set of red doors (which by this time were dull and in need of repair) into darkness.

And that’s pretty much what the ride consisted of – darkness. Save for the two seconds that our vehicle came outside to encounter the dip, we were in pitch dark. Suddenly a bright light shone on a mirror, giving the illusion of an inevitable collision with an another ride car. Then, the track sharply turned right, we noisily breached another set of doors and we were out.

The ride sucked and I was not eaten.