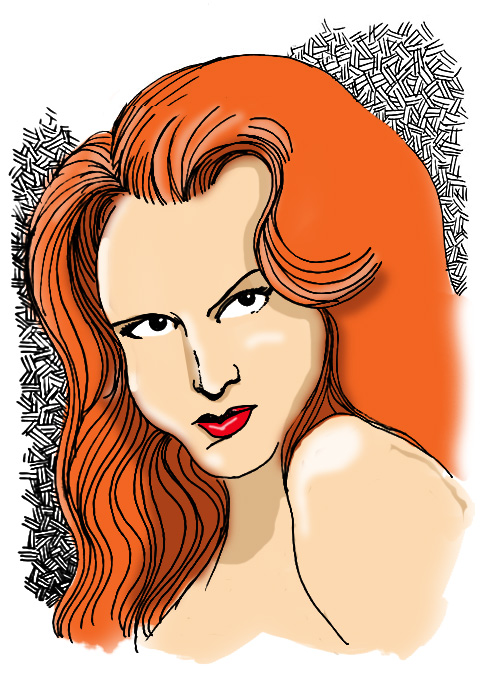 While visiting her aunt in New York City, 16 year-old Peggy Shannon (then, just little Winona Sammon from Pine Bluff, Arkansas) was hired for the Ziegfeld Follies. She was spotted on Broadway by a production head from Paramount Pictures and was offered a contract. Whisked off to Hollywood, she was touted as the next “It” girl, the title given to actress Clara Bow. Bow had suffered a nervous breakdown and Peggy was her replacement in The Secret Call — all within two days of her Hollywood arrival.

So began Peggy’s whirlwind career — working sixteen hour days. Wrapping up one movie and moving immediately to the next. Sometimes, an exhausted Peggy worked on two films simultaneously. Publicity appearances kept Peggy busy as well and she became a fashion icon in the 30s, wearing styles months before they became popular. The work load became more demanding and Peggy turned to alcohol to help cope. Of course, it had the opposite effect. Peggy gained a reputation of being difficult to work with. The acting offers lessened as her drinking increased. She was replaced after a short run in a Broadway show due to “a tooth ailment”. This was a thinly-veiled cover-up for Peggy’s intensified alcoholism.

On May 11, 1941, Peggy’s husband, cameraman Albert Roberts, arrived home after a fishing trip to find 34-year old Peggy dead in their Hollywood apartment. She was seated at the kitchen table with a cigarette in her mouth and an empty glass in her hand. She had been dead for twelve hours. A later autopsy concluded she had died of a heart attack brought on by advanced liver disease. Three weeks after Peggy’s death, Albert shot himself while sitting in the same chair in which he found Peggy. His suicide note read: “I am very much in love with my wife, Peggy Shannon. In this spot she died, so in reverence to her, you will find me in the same spot.”