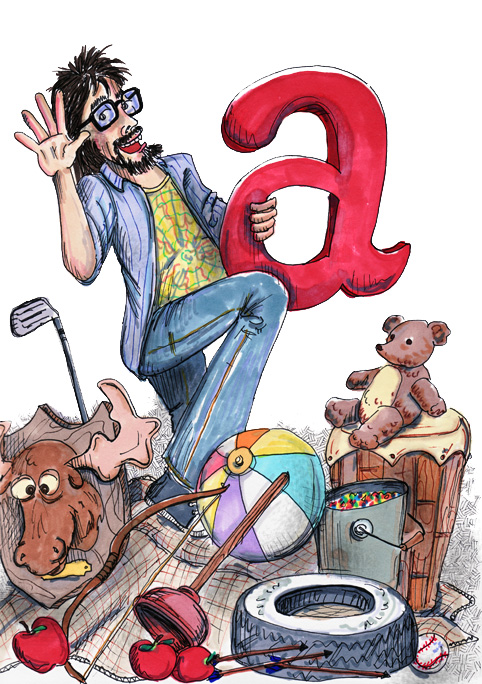 I have always loved watching comedians. I remember seeing some of the legends of comedy on The Ed Sullivan Show, The Mike Douglas Show and (when I was allowed to stay up late) The Tonight Show with Johnny Carson. I remember watching greats like Alan King, Jackie Mason, Shecky Greene and Jackie Vernon, even if I didn’t understand their jokes. My parents laughed, so I assumed these guys were funny. We all had our favorites. My dad liked Rodney Dangerfield, feeling a kinship with his “no respect” laments, and my mom leaned more towards the subtle intellectual likes of Bob Newhart and Mort Sahl. My brother loved the insult-peppered humor of Don Rickles. But we all agreed, we loved to hear jokes. I remember watching the new crop of “cool” younger, hip comedians like George Carlin, Robert Klein and fellow Philadelphian David Brenner. I saw counter-culture comics Cheech and Chong in a 200-seat auditorium at Drexel University. When I was in high school, I dated Henny Youngman‘s niece and got to meet him at a performance in Philadelphia. He was hysterical, however, in regular conversation, he wasn’t funny. On a visit to the famous Catskill Mountain resort Grossinger’s in the early 80’s, my wife and I saw an incoherent (and, most likely, drunk) Frank Gorshin stumble his way through a tedious schtick. He really  wasn’t funny.

Taking inspiration from my admiration of comedians, I love to tell jokes. I know a lot of jokes. Some good, some awful, but I have the uncanny knack of remembering them all and I like to add my own spin when I retell them. When I was in my early 20s, I frequented a local comedy club called “The Comedy Works”. The club was situated on the second floor of a restaurant that was operated by a corrupt and disgraced Philadelphia city councilman. Appearances were mostly from comedians who haunted the east coast club circuit. One of the best and most memorable was The Legendary Wid, a tall, lanky madman who littered the stage with a collection of odd props and tchotchkes, each used as the punchline in a single gag. He was the original “prop comic” long before Carrot Top — and a million times funnier. Wid was a fixture at The Comedy Works and often served as Master of Ceremonies. In the years that I patronized The Comedy Works, I saw early performances by Bob Saget (with whose father, my father worked), Jackie Martling, Richard Jeni and a young upstart named Eddie Murphy. The Comedy Works hosted an amateur night on Wednesdays. I was constantly cajoled by my friends to take the stage on amateur night. After all, in their eyes, I was just as funny as some the comedians we were seeing each week.

So, in between attending art school, completing assignments, eating and sleeping, I wrote a stand-up act. I meticulously observed everything that was said to me and everything that I saw around me. I wrote down everything that I thought was remotely funny. I wrote, edited, crossed-out and rewrote for almost three months. I gave a practice recital at art school for my class of about fifty. I held a written script in my hand and if a bit didn’t get a laugh, I crossed it out on the spot.

After careful honing, multiple omissions and countless refinements, I was set to make my stand-up debut… to shut my friends up once and for all, as I had no intention of continuing anywhere past this one exhibition. Prior to my one-and-only performance, I invited almost everyone I ever met … with the exception of my future in-laws. I figured it would allow for a better impression if they didn’t witness the guy who was about to take their daughter from them prowling a harshly-lit stage spewing obscenities. My  parents were invited, but I already knew their opinion of me and I didn’t give a shit.

I arrived with my parents about an hour before showtime. We were welcomed by the Legendary Wid, who would be handling the evening’s hosting duties. Soon, Wid got word that an overwhelming majority of the audience was there by my invitation and only cared to see me. When the show started at 9 PM, Wid took the stage and announced to the crowd that the “Josh Pincus” Bar Mitzvah would begin shortly. Then, the parade of comedic hopefuls each delivered their humorous observations in three-minute soliloquies. Some were funny, some were not. A smattering of polite applause punctuated each monologue. However, by the time I was introduced three hours later, the lion’s share of the faction was — how shall I put this — crocked. I could have stood before them and read a telephone directory and still gotten laughs. I commenced with my routine, secretly referring to some notations carefully hidden in the palm of my right hand. Through the blinding spotlight, the crowd was obscured from my view — but I could hear them.

And they were laughing.

I hung up my comedy chops after that night and I never felt the need to attempt it again. Twenty-five years later, I ran into The Legendary Wid at a Halloween party for members of Philadelphia public radio station WXPN. I reminded him of that night and of how funny I always thought he was. He seemed genuinely touched that I remembered him. We joked a little during our conversation. And he is still really funny.