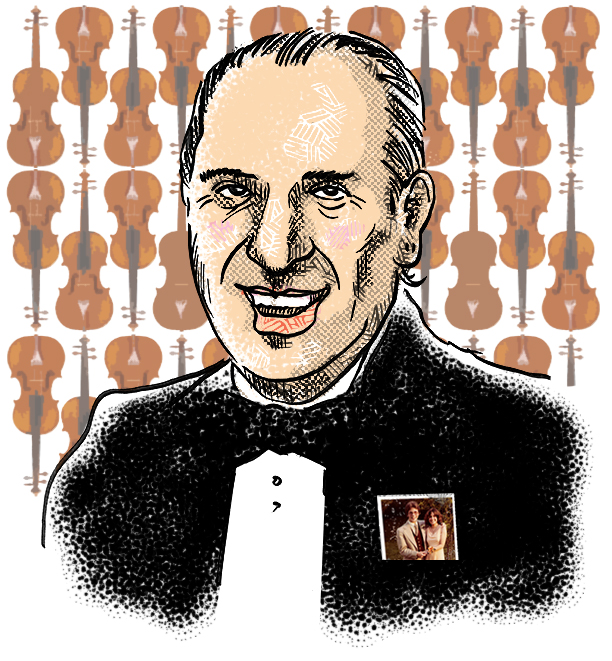 “The horse I bet on was so slow, the jockey kept a diary of the trip.”  — Henny Youngman

I grew up watching The Tonight Show with Johnny Carson. I loved seeing the big name comedians like Rodney Dangerfield, Don Rickles, Shecky Greene (although I didn’t get a lot of his material) and the “King of the One-Liners” – Henny Youngman. Henny would part the multi-colored curtains of Johnny’s stage and, with his signature prop violin in hand, proceed to deliver a rapid-fire barrage of jokes about his wife, his doctor, his brother-in-law, the trash collectors and anyone else he could poke fun at. Everyone was fair game and no one was sacred. “My wife dresses to kill. She cooks the same way.” he would say. He’d follow that with “I told the doctor I broke my leg in two places. He told me to quit going to those places.” Henny would wrap up his five minute routine at center stage and then sidle up to the sofa. Then, instead of allowing Johnny to interview him, Henny would deliver another three minutes of material until Johnny and the studio audience were rolling on the floor with laughter.

When I was a junior in high school I met and began dating Henny Youngman’s niece, Janey. We met at a party and dated for several months. I eventually took her to my Junior Prom. One day when I was at Janey’s house, I overheard her mother on the telephone, having a typical Northeast Philadelphia Jewish-intoned conversation. “So, how’s Sadie?,” she inquired, dragging “Sadie” out to a very nasally six syllables. She continued, “When? Oh, this weekend? That’ll be nice.” She wrapped up the call with a few drawn-out “goodbye”s and “see-ya-later”s. Hanging up the phone, she turned to Janey’s father and told him that Henny was coming to Starr’s, a nightclub in Philadelphia’s Old City section. Starr’s was an early venture owned by future restaurant impresario Stephen Starr. Janey’s dad stared off in thought for a moment and suddenly said, “Let’s go see him.” Then, he looked at me and said “Let’s ALL go see him!” “Cool!,” I thought.

When the weekend arrived, I piled into a car with Janey, her parents and her little brother and headed downtown. We pulled into an empty parking space on Second Street — right in front of Starr’s. Janey’s mother informed the guy at the door that she was family and we were led to a stageside table. It was not as glamorous as it sounds. Starr’s was just a bit larger than a good-sized walk-in closet. Janey’s parents ordered cocktails and those of us under 21 had Cokes. Soon, the lights dimmed and out to the tiny staged walked Henny Youngman. Henny Youngman! Right there! A foot away from me! This was so cool!

Just like I had seen a million times on late-night television, Henny Youngman rattled off joke after joke after joke. I had heard the majority of his gags before, but they were just as funny as if I was hearing them for the first time. After his set was over and the applause died down, the house lights came up and Henny Youngman — Henny fucking Youngman — joined us at our table. He kissed and exchanged pleasantries with Janey’s parents. He gave more specific details of family matters than those merely touched on in the earlier phone conversation. Then, I was introduced to Henny as Janey’s boyfriend. I was seventeen. This was Henny Youngman!  I was giddy. I told him I was a big fan. He smiled half-heartedly, but said nothing. The more we chit-chatted, the more I realized that this guy had absolutely no personality. He was as electrifying and engaging as a bar of soap. No wonder he didn’t want Johnny Carson to interview him — he had nothing to say!  He went outside for some air before the next show. We all followed him and we stood awkwardly silent on the Second Street sidewalk for a good, long time. Then, a man at the door signaled to Henny that it was time for his second set. He went back inside and we dutifully followed. He did the exact same act. Word for word.

Just before we left to go home, Henny took a joke book he had authored out of a duffel bag. He opened the front cover and, in a childlike scrawl, wrote: “Marry my niece Janey — Henny Youngman.” With no expression on his face, he handed the book to me and I left with my girlfriend’s family.

My admiration for Henny Youngman diminished greatly that night.

And I didn’t marry his niece Janey.