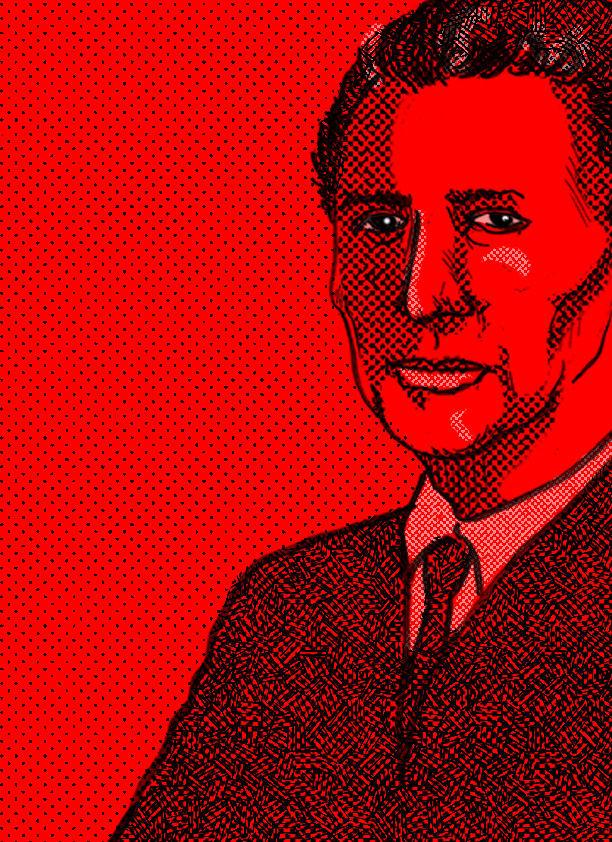 Al Adamson wasn’t about to set Hollywood on fire. He wasn’t making groundbreaking film. He wasn’t an innovator of directorial technique. He was churning out low budget schlock and he knew it. And he didn’t care.

In 1969, Al and his crew shot a film called Psycho A-Go-Go. The film was later re-edited into a different film called Blood of Ghastly Horror with new scenes featuring veteran character actor John Carradine. Still not content, Al once again recut the film, rereleasing it as The Fiend with the Electronic Brain. Even later, it was syndicated to late-night movie packages as The Man with the Synthetic Brain.

Al was able to recruit some of Hollywood’s respected actors on the downslope of their careers, including a number of Western stars like Bob Livingston and “Red” Barry. He even signed on Russ Tamblyn, Yvonne DeCarlo and former Mouseketeer Tommy Kirk along the way. (Tommy Kirk noted that his role in Blood of Ghastly Horror was a low point in his career.) Al filmed a few of his movies at the notorious Spahn Ranch. His 1975 film Blazing Stewardesses was originally written as a vehicle for the remaining Three Stooges, but Moe Howard to too ill to work. Al’s last film, 1983’s Lost was also the final screen appearance for Sandra Dee.

By the end of the 70s, Al had given up on directing, focusing more on the more lucrative real estate business. Although successful in real estate, he continued to write scripts, including one in which the main character is murdered over a financial dispute and buried beneath his house.

In 1995, Al hired contractor Fred Fulford to make some repairs and improvements at his California home. Al had intentions of flipping the property once the work was completed. He gave Fulford a credit card to use for supplies, but Al later accused Fulford of overspending and abusing his privilege. Fulford became confrontational during a heated dispute over money. Fulford murdered Al and buried his body in a cement foundation that once formed the base of a hot tub. Family members reported Al missing. Investigators were led to a hotel in St. Petersburg, Florida where Fred Fulford was arrested on suspicion of murder. During a trial, details that were eerily reminiscent on an Al Adamson screenplay were revealed. Fulford was convicted and sentenced to 25 years in prison.