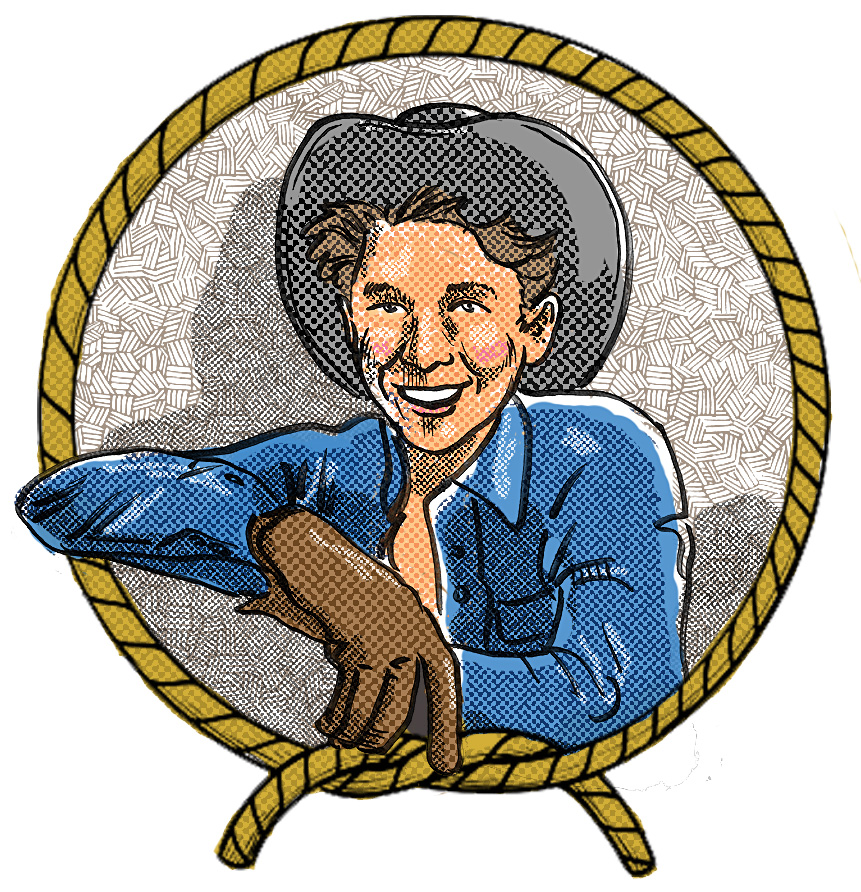 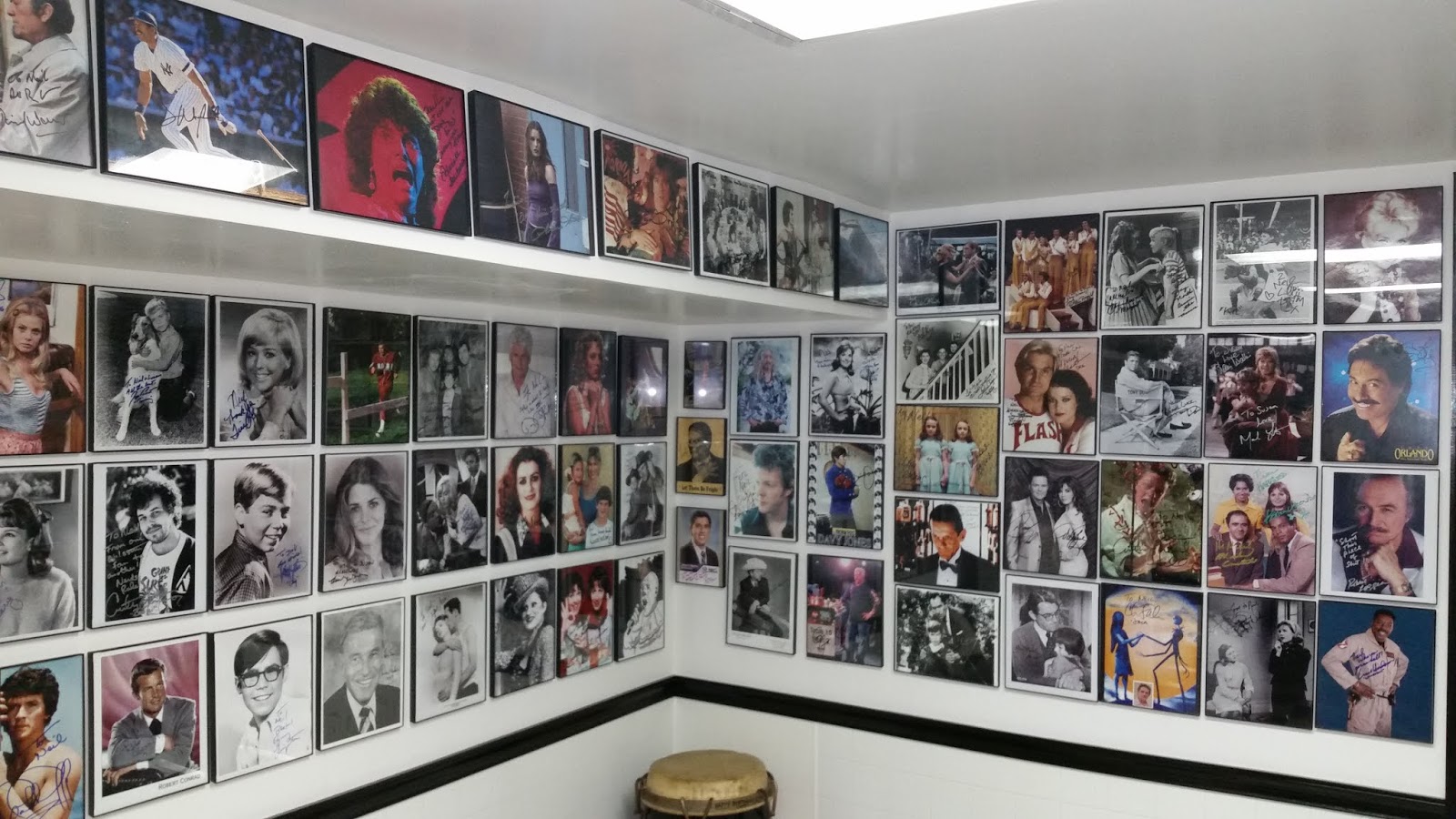 I’ve met a lot of celebrities and I have a basement full of autographed photos to back up my claim. I have been attending nostalgia conventions and autographs shows for about twenty five years, collecting photos and getting a one-on-one, personal interaction with some folks that I have only seen flicker across a big screen in a movie theater or flash across a small screen in my living room. Even after many years, it was still a little thrill when I got to meet (and sometimes shake hands) with actors and actresses from some of my favorite films and TV series I watched growing up.

Some of my encounters were interesting. I discussed baseball — specifically the chances the Anaheim Angels had at winning the pennant — with Jerry Maren, the Munchkin who presented Dorothy with a giant lollipop in The Wizard of Oz. I reminisced with the lovely Adrienne Barbeau about her recent performance in the touring company of Pippin when it made a stop in Philadelphia. When I met Dee Wallace, best known for her portrayal of Henry’s mom in E.T. – The Extraterrestrial, I told her a rambling story about spotting her at the LA Farmers Market. My wife and I were warmly greeted by Patty Duke and she hung on our every word as we talked about our well-traveled teddy bear. She even obliged us by posing for a picture with the little guy snuggled up to her face. Betsy Palmer was a delight when she discreetly offered me her commentary on the attendees at a horror film convention.

Some of our experiences were — shall we say — less than comfortable. Ron Palillo, known for playing “Arnold Horshack” in the 70s sitcom Welcome Back, Kotter, was a total obnoxious jerk, behaving as though his participation in an autograph show was beneath his thespian qualifications. Both David Naughton (from An American Werewolf in London) and Anson Williams (Happy Days’ own “Potsie”) were rude and dismissive. My meeting with Paul Peterson — Donna Reed’s son on The Donna Reed Show — nearly came to blows when I (admittedly) made a smart-ass comment that Paul didn’t appreciate in the least.

In 2013, I was genuinely excited when I saw that Johnny Crawford was announced as a guest at the upcoming Mid-Atlantic Nostalgia Convention, an annual event held just outside of Baltimore, Maryland. My wife and I had attended this gathering in the past and the addition of Johnny Crawford just boosted my anticipation more. I was a big fan of The Rifleman and I have seen every episode in repeated showings on retro TV network MeTV. 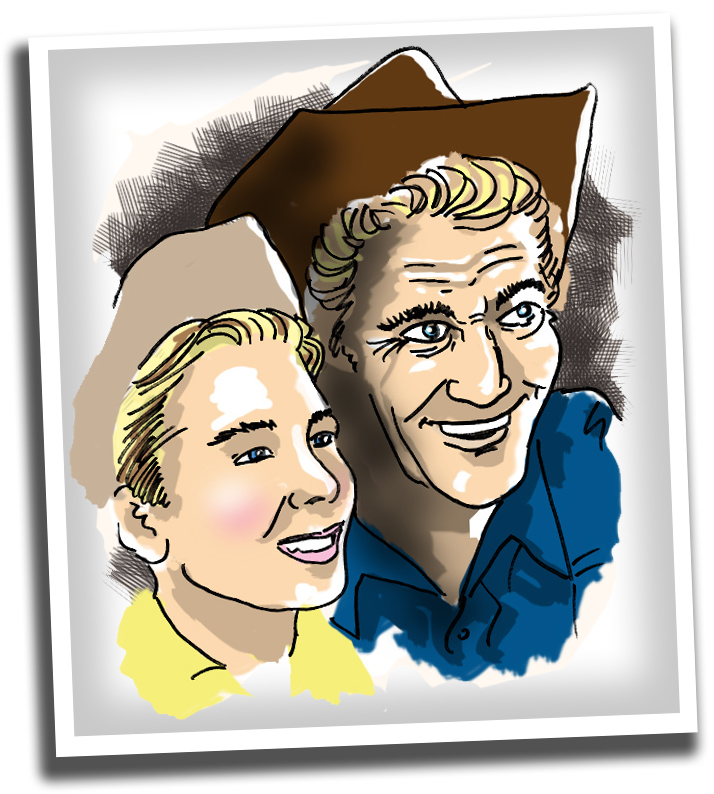 When the day of the show arrived, I was already planning my questions for the former child star. We entered the big convention room and I spotted Johnny immediately. Though he was 67 years old (at the time), he was still recognizable as “Mark McCain,” loyal son and confidant to Chuck Connors. There were some gray strands mixed in with his brown hair, but he still sported that sparkly smile that made him a heartthrob among teenage girls in the early 1960s. And Johnny couldn’t have been nicer! He was friendly and personable as we talked about his career. I asked him if he ever got confused on the set of The Rifleman when character actor John Anderson showed up. “Did you have to ask if he was playing your grandfather or a guy who has a grudge against your dad?,” I pressed. Johnny laughed and nodded in agreement of how silly the casting was. He went on to ask what my wife and I did for a living and seemed genuinely interested in our answers. I presented Johnny with a drawing that I did, depicting a “frozen-in-time” moment between him and his TV dad. As we talked, I selected a photograph for Johnny to sign. (We actually picked two because Mrs. Pincus and I couldn’t agree on which pose we should get.) Johnny charged the standard $20 per picture and we saw that price would leave us a bit lighter in the wallet than we expected. Mrs. P noticed that a sign on his table announced that Johnny accepted PayPal as a method of payment. As a longtime seller on eBay, Mrs. Pincus was very familiar with how PayPal worked. We soon found out that Johnny wasn’t. He told us that he wasn’t really set up for PayPal payments, but he would install the app right then and there. My wife happily guided Johnny through the process, answering his questions and instructing him where to click and where to scroll. After a few uncertain minutes, Johnny smiled and proclaimed that his first PayPal transaction was a success! He thanked my wife with true heartfelt gratitude. A few hours later, when we decided to start heading back to Philadelphia, we stopped by Johnny’s table to say “goodbye.” Again, he thanked us for our purchase and especially for my wife’s assistance with his new payment method.

A week or so later, my wife was checking her voluminous eBay email and came across a message from PayPal. It explained that an outstanding payment was still waiting for acceptance from its recipient. She clicked the link to reveal the recipient in question. She was surprised to see that it was Johnny Crawford. At the autograph show, they both watched the progress on the screen of Johnny’s cellphone. Evidently, the payment has to be “accepted” in order to complete the transaction. Johnny never did the final step. Our payment for two autographed photos — forty dollars — was hanging in internet limbo. Mrs. P dashed off a quick email to Johnny’s contact, a business address that he associated with his newly-created PayPal account. A few days went by without a reply or acknowledgement. Finally, Johnny replied, thanking us for the note and for letting him know that he needed to accept the payment.

Mrs. Pincus sent a follow-up email, reminding Johnny of what he still needed to do. The days became weeks and they soon became months. No response. Nothing. The $40 payment sat for quite some time — unclaimed — until PayPal added it back into our account.

Thanks for everything Johnny — the memories, the autographs, the conversation and the great story.