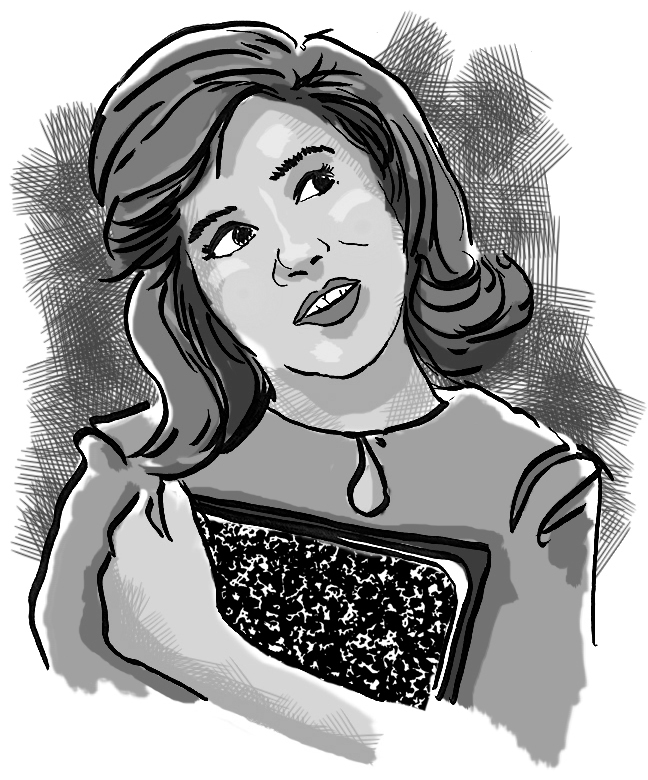 I met Patty Duke in 2011. I was at the Mid-Atlantic Nostalgia Convention in Cockeysville, Maryland, seventeen miles north of Baltimore. (That’s right… Cockeysville!) She was sitting behind a table filled with glossy black and white and color photographs that chronicled her long and illustrious career. I waited patiently as she engaged each and every autograph seeker in lively conversation. She was shorter and more frail than I expected, but she was animated and cheerful and friendlier than a lot of celebrities that I have met at similar shows. When it was my turn, I selected a group promotional shot from The Patty Duke Show. She smiled and inscribed it “Love to You, Patty Duke” in a swashy hand. I told her that I had met actor William Schallert, who played her father “Martin Lane” for three seasons on her self-titled sitcom. She beamed. Through a wide smile, Patty waxed lovingly about the esteemed veteran character actor, speaking as though reminiscing about her own father. She nearly welled up with tears. 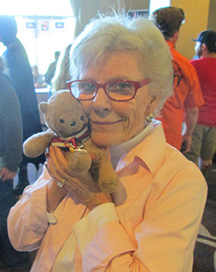 Two years later, Mrs. Pincus and I went to another memorabilia convention. This one was in northern New Jersey and, once again, we met Patty Duke. The line for Miss Duke snaked around the crowded convention floor. Patty was in front of her table this time, interacting with fans and looking like she was sincerely enjoying herself. We approached her at our turn and she greeted us warmly with that familiar grin stretched across her weathered face. We brought Pudge, our well-traveled, celebrity hob-nobbing plush bear, and Patty was smitten. She cuddled the bear to her cheek and she listened intently as Mrs. P explained the story of Pudge. We lauded Patty with praise for her acting and her wonderful, comfortable personality.

As a frequent attendee at conventions of this type, I have met many, many celebrities over the years. Some have been nice. Some have been jerks. Some have really been jerks. And then there are the ones who stand out and are remembered as personable, charming and genuine. Patty Duke was one of those.

She was a great talent and a sweet lady. She will be missed.

Click here to see the original color version of the above illustration.