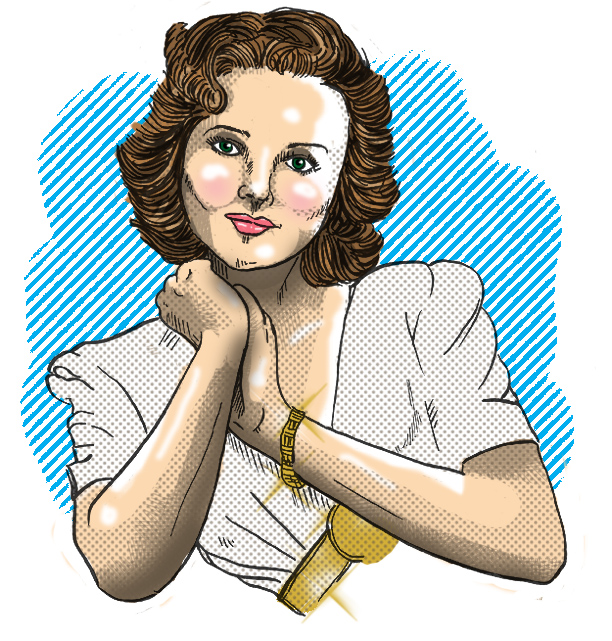 Heather Angel is one of those actors that I discovered late in their career. I knew Heather from her recurring role in the 1960s sitcom Family Affair. She played the very proper “Miss Faversham,” a nanny who cares for the children of one of Bill Davis’ (Brian Keith) neighbors in the high-rise Manhattan apartment building. It was hinted that her character was a love interest for the equally-proper “Mr. French,” as portrayed by Sebastian Cabot. She only had a few more roles after Family Affair wrapped, including her final screen appearance in a single episode of the star-studded mini-series Backstairs at the White House. But Heather Angel’s career started nearly four decades before she nodded approvingly at the antics of Buffy and Jody.

Heather debuted at the acclaimed Old Vic Theater at the age of 17. After critical accolades in British cinema, she headed for Hollywood. Heather was cast in a series of strong female roles, including The Mystery of Edwin Drood, The Three Musketeers, The Informer and The Last of the Mohicans. Already an accomplished actress, she made her first appearance on Broadway in 1937 in Love of Women. Soon, Heather joined the cast of the “Bulldog Drummond” film franchise, making five appearances as “Phyllis Clavering,” the title investigator’s fiancée. Heather co-starred in two Hitchcock films — Suspicion and Lifeboat — as well as memorable pictures like Pride and Prejudice and Cry ‘Havoc’. In the 50s, she lent her voice to characters in Walt Disney’s Alice in Wonderland and Peter Pan. Later, she was a recurring character on the early TV soap opera Peyton Place.

Heather’s second husband, actor-director Robert B. Sinclair, was murdered in a failed burglary in the couple’s home in 1970. Sinclair confronted the would-be thief, only to be killed in front of his wife. Heather never remarried. She passed away in December 1986 at the age of 77.