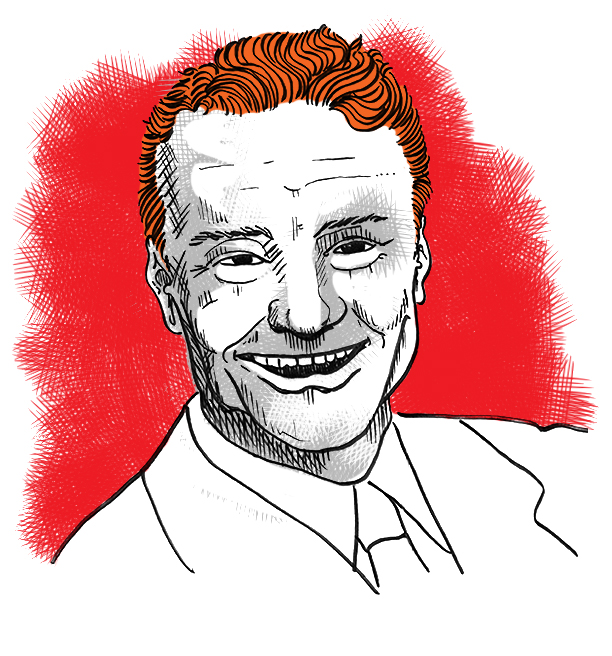 I first became familiar with Red Skelton when I was a kid. My family, like most families across the country, watched Red Skelton’s variety show every Tuesday night. I didn’t know who Red Skelton was or why he had such an unusual first name, but my parents watched, therefore I watched it too. Red had guest stars perform with him on his show, usually some actor or actress that was popular at the time or one of Red’s “show biz” contemporaries, like John Wayne or Jack Benny. He played goofy characters for cheap laughs. He also featured a silent pantomime segment, for which he was apparently famous. His show finally was cancelled after nearly twenty years, in a network-wide “sweep” of variety shows that saw heavy-hitters like Jackie Gleason and Ed Sullivan get the ax. Red was bitter, since his show rated in the top ten for most of its run.

When I got older, I discovered that Red Skelton had a huge career before his foray into television. It seemed in the 1930s and 40s, Red Skelton was a pretty big star in films. Red often was the featured “comic relief,” most notably in a few of the Dr. Kildare film series. Then he appeared in a succession of films as the inept radio detective “The Fox.” He moved on to lavish musicals opposite Eleanor Powell, Ann Miller and Lucille Ball, playing the unlikely leading man. He was one of the first “movie stars” to make the leap to the new medium of television, doing so in 1951.

Red Skelton, along with fellow redhead Lucille Ball and song-and-dance-man Buddy Ebsen, was one of those rare performers who had success in two separate careers, appealing to two separate generations.