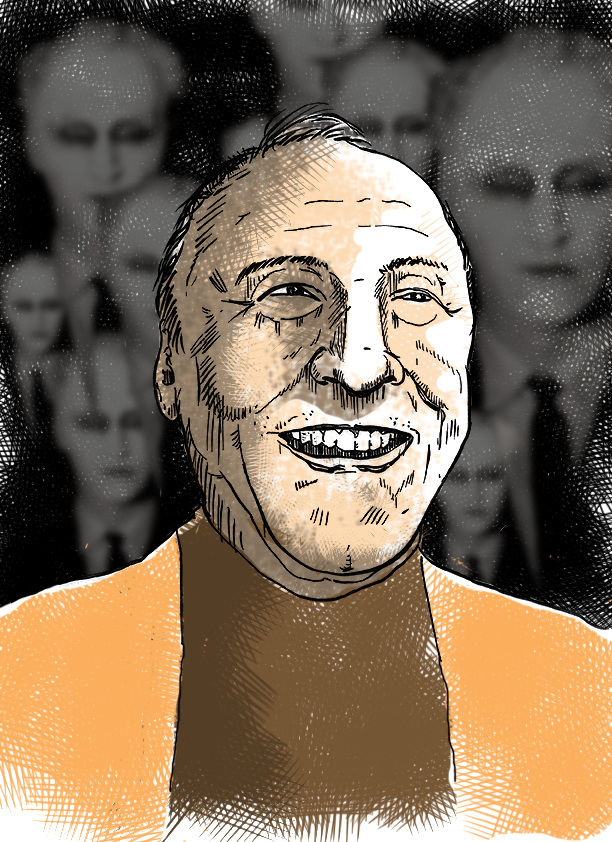 Upon his discharge from the US Navy after World War II, Herk Harvey took a teaching position in the drama department at the University of Kansas. He decided against a career in chemical engineering, the trade he mastered in the service, opting to use the directorial experience he gained before the war.

Herk did some acting on the side at Centron Corporation, an independent industrial and educational film production company in Lawrence, Kansas. He eventually joined the staff at Centron as a director and writer. He made numerous films for corporations and governmental use. He worked with a variety of name stars over the years, including Walter Pidgeon, Rowan and Martin, Dennis Day, Louis Nye, Billy Barty, Anita Bryant, Eddie Albert, Ed Ames, Jesse White, and Ricardo Montalban. He won many awards for his work, including the highest honors from the American Film Festival. Herk was praised for the special effects innovations that he developed while working at Centron.

In 1961, Herk was returning from a work-related film shoot in California. He passed an abandoned resort called Saltair on the southern shore of the Great Salt Lake in Utah. He was taken by the ornate building and recruited John Clifford, a co-worker at Centron, to write the screenplay for a film idea based on the resort. Herk took three weeks off from work to film around Lawrence, Kansas and Salt Lake City, Utah. He raised $17,000 for his initial budget, getting an additional $13,000 on deferment. He hired an assistant director. Reza Badiyi, a young immigrant who was just beginning his film work in the United States. (Badiyi would go on to create some of the most well-known, iconic television series openings and montages, including: Hawaii Five-O, Get Smart, and The Mary Tyler Moore Show.) Through arrangements with local government, Herk was permitted free access to film on a bridge, providing he repair any damage his crew created. He ended up paying $38 to fix a guard rail through which a car crashed on the bridge. Herk bribed a salesgirl to allow him to film for thirty minutes in a Lawrence department store. The only cast member that received compensation was Candace Hilligoss, a budding professional actress who played the lead role of “Mary.” Candace received $2000. The result of Herk’s efforts was the supernatural horror film Carnival of Souls.

Released in late 1962, Carnival of Souls was panned by critics. Disappointed by its poor showing, Herk returned to Centron and never directed another commercial film again. However, in later years, Carnival of Souls gained a cult following and has since been praised for its foreboding atmosphere and homage to German expressionist cinema. George Romero and David Lynch have both cited Carnival of Souls as inspiration for their own work.

After retiring from Centron, Herk became a regular on the horror convention circuit where he signed autographs and posed for pictures with fans. When asked why he only directed one film, Herk would quickly reply, “I directed over 400 films!”

Herk passed away in 1996 at his home in Lawrence. He was 71. The Academy Film Archive selected Carnival of Souls for preservation in 2012.