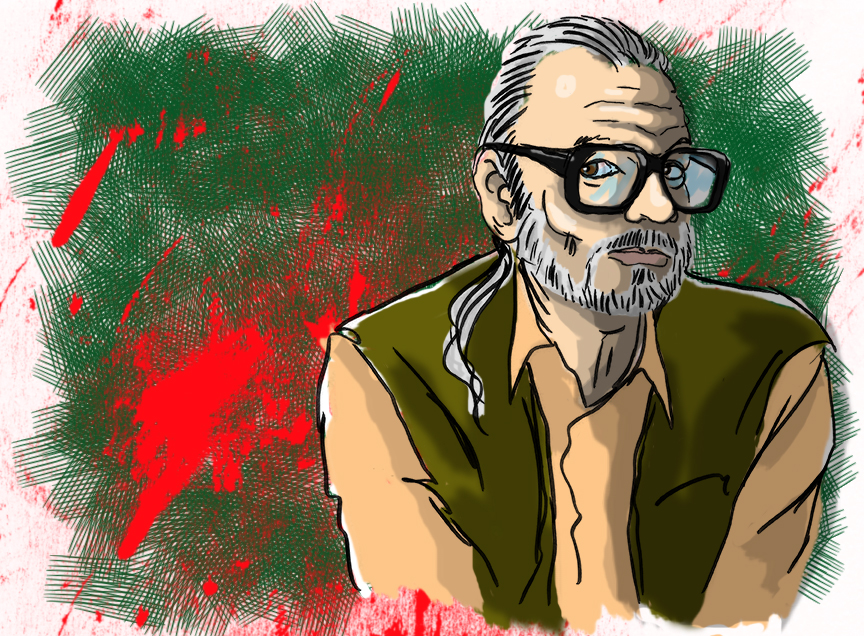 A graduate of Carnegie Mellon University, budding filmmaker George Romero was making commercials and shooting segments for the popular children’s show Mister Rogers’ Neighborhood. He teamed up with writer John Russo and wrote a script for a comedy-horror film called Monster Flick. The pair raised $114,000 and shot the film in and around their native Pittsburgh with borrowed equipment. The result was the renamed Night of the Living Dead. With its shoestring budget and improvised props (Bosco chocolate syrup substituting for blood and roasted hams standing in for human flesh), the film gained a cult following, but soon cemented itself as the origin of the modern zombie movie.

The story was actually a sly commentary on current social situations and race relations. And, considering the genre that it started, Night of the Living Dead never used the word “zombie” at all. It eventually became a financial success and was selected by the Library of Congress for preservation in the National Film Registry.

George made a series of films in the “zombie” genre, as well as several general horror films. He worked with writer Stephen King on a few projects.

George made frequent appearances at horror conventions. He loved meeting his fans. Declining health limited his appearances in later years and failing eyesight prevented him from signing autographs.

George passed away in July 2017 at the age of 77, after a brief battle with lung cancer.

He may be coming to get you, Barbara.