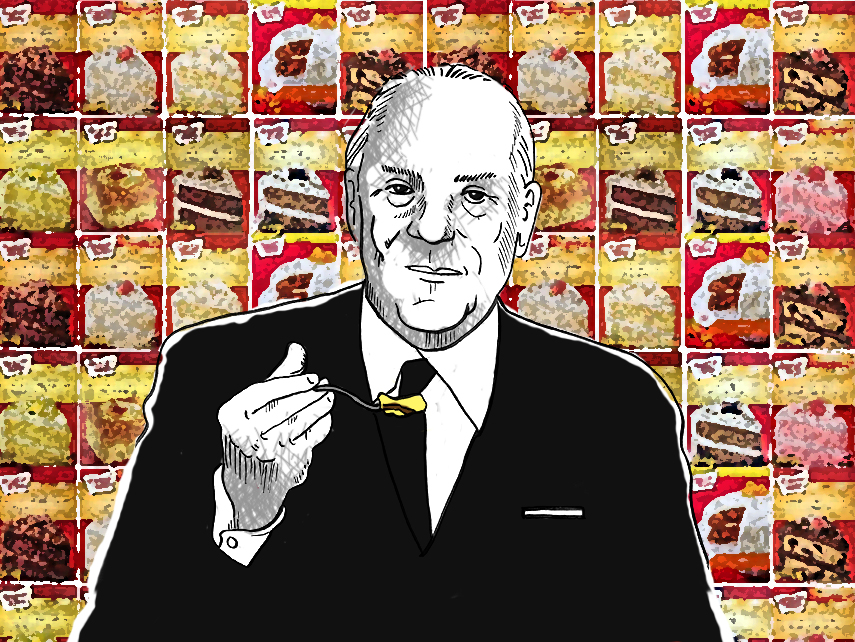 Duncan Hines worked tirelessly, criss-crossing the country selling letter openers and paper clips, as well as printing services for a Chicago based company. His sales routes took him all over, forcing stays in hotels and meals in one restaurant after another. In 1920s America, there were very few (if any) chain restaurants, so Duncan frequented single location eateries — each with varying degrees of quality. Duncan made notes of the good places — the ones that offered a substantial meal at a reasonable price. (A “reasonable price” in Duncan’s opinion was $1.35for a full-course meal.) He began making notes and compiling lists of the best places and the greatest values. He insisted on inspecting the kitchens of each dining establishment he visited. Duncan distributed his list to friends who were traveling. Soon, he self-published his findings in a book called Adventures in Good Eating. The book was so popular, it led to Duncan’s three-day-a-week syndicated column, also called Adventures in Good Eating. The column appeared in newspapers across the country and became the authority for travelers.

Through a deal with the Durkee’s Bakery Company of Homer, New York, Duncan introduced his own line of bread. After a year of success with his first foray into the baked goods business, he teamed up with entrepreneur Roy H. Park to form Hines-Park Foods. The new company licensed the “Duncan Hines” name to various companies, including Nebraska Consolidated Mills, who produced cake mixes. In 1957, Nebraska Consolidated Mills sold the cake mix business to the consumer products company Procter & Gamble. The company expanded the business to the national market and added a series of related products.

Duncan Hines passed away in 1959, eleven days before his 79th birthday. “Duncan Hines” is one of the most widely recognized and respected brands of consumer food products. Not bad for a guy who couldn’t cook.