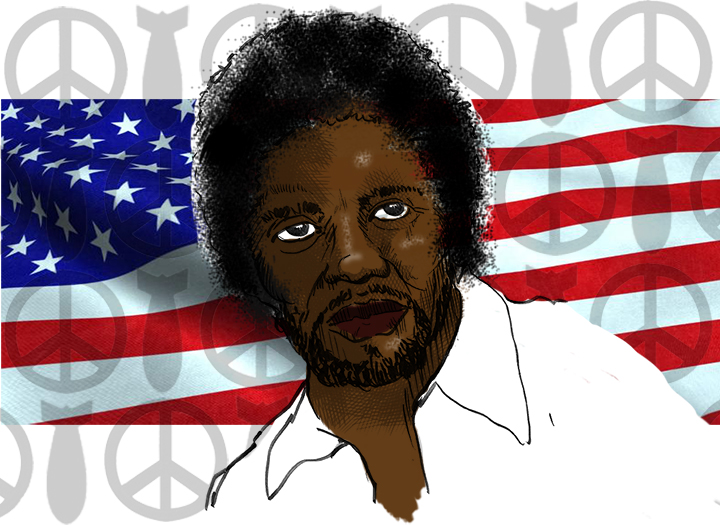 In 1969, Motown’s mighty Temptations released their Psychedelic Shack album with the title track as the lead — and only — single. The second track on side two of the record was a Norman Whitfield and Barrett Strong composition that offered fierce opposition to the continuing conflict in Vietnam. The song, “War,” featured three-way vocals by Dennis Edwards, the newest member of the group replacing David Ruffin who left to pursue a solo career, along with founding members Paul Williams and Melvin Franklin, whose bass vocals provided a militaristic “hup, two, three, four” in the background. Whitfield, who also served as the album’s producer, campaigned to have “War” released as a single, but Motown balked, fearing it would upset some of their more conservative fans.

Whitfield, believing in its message and hit potential, was determined to get “War” released to the public as a single. He recruited singer Edwin Starr, best known for his recent hit “25 Miles,” to sing lead on the new recording.  The Undisputed Truth, a trio who sang background vocals for the Temptations, The Four Tops and The Supremes at Motown, were tagged by Whitfield to provide backing vocals for Edwin Starr.  They would later go on to have a Top 10 hit of their own with the ominous “Smiling Faces Sometimes.” Starr’s recording, augmented by heavy electric guitars and a prominent clavinet, was more passionate and aggressive than The Temptations’ original version. Starr’s rendition, released in June 1970, hit Number 1 on Billboard’s charts, knocking Bread‘s “Make It With You” out of the top spot. It remained in that position for three weeks.

Although Edwin Starr never achieved the success of “War” again in his career, he was active and prolific. The Nashville native moved to England. He teamed up with electronic band Utah Saints to re-record some of his early career hits, including a reworked version of “War.” It was his final recording. Edwin suffered a heart attack in 2003 and passed away at the age of 61.

After September 11, 2001, media giant Clear Channel added “War” to its list of songs that were banned from its airwaves.