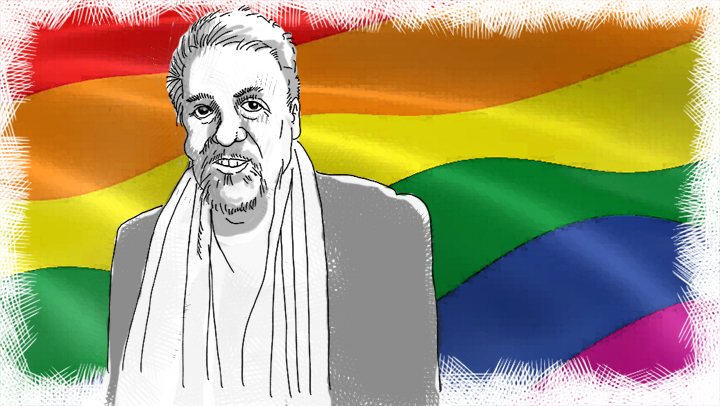 From 1970 until 1972, Gilbert Baker served as a medic in the US Army while stationed in San Francisco at the beginning of the gay rights movement. He always exhibited artistic tendancies and was taught to sew by a fellow activist. After his discharge from the service, he began to create banners for demonstrations in the gay community.

Gilbert fashioned the first rainbow flag in 1978. He refused to copyright the design. Instead, he happily shared it as a royalty-free symbol of the LGBT community. He also designed flags and displays for the Paramount Flag Company in San Francisco, including pieces for Senator Dianne Feinstein, The Premier of China and the Democratic National Convention.

In 2003, to commemorate the Rainbow Flag’s 25th anniversary, Gilbert created a Rainbow Flag that stretched from the Gulf of Mexico to the Atlantic Ocean in Key West. After the commemoration, he sent sections of this flag to more than 100 cities around the world. Gilbert often used the drag name “Busty Ross,” alluding to Betsy Ross and his flag-making skills.