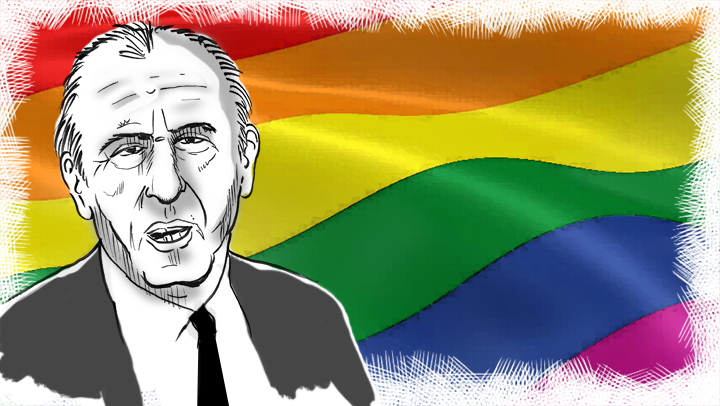 Frank Kameny was employed as an astronomer for the US Army’s cartography division. In 1957, he was dismissed from his position because of his homosexuality. Frank was outraged. He appealed his firing and, although his plea was unsuccessful, his efforts were notable as the first civil rights claim based on sexual orientation pursued in a U.S. court.

Frank and a number of his friends launched some of the first public protests by gays and lesbians, forming picket lines at the White House in 1965. Associated groups staged similar protests at the United Nations in New York City, The Pentagon and Philadelphia’s Independence Hall. Frank and the Mattachine Society, one of the earliest LGBT activist groups, began a campaign in 1963 to overturn laws that singled out the gay community. (Frank personally drafted a bill that was finally passed in 1993.) He also worked closely with the American Psychiatric Association to change homosexuality from being classified as a “mental disorder.” He also challenged the military’s ban on gays as early as the 1970s. After years of hard work, Frank was invited to the ceremony where President Barack Obama signed the “Don’t Ask, Don’t Tell Repeal Act of 2010.”