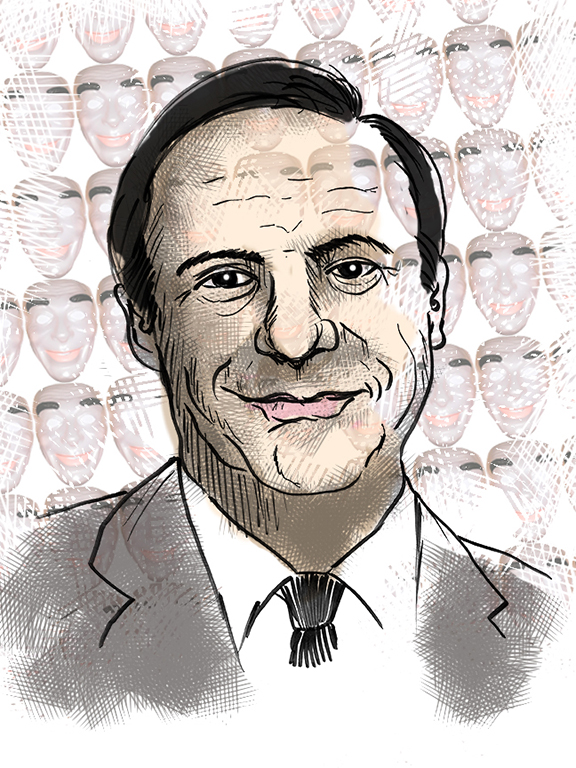 Malachi Throne was a busy guy in the 60s and 70s. The veteran actor had roles in nearly every popular TV series. He was featured in Westerns like The Big Valley and The Virginian. He was in science fiction shows like Star Trek, Voyage to the Bottom of the Sea and Lost in Space. He had multiple appearances in dramas like Judd for the Defense, It Takes a Thief and Ben Casey. He even took roles in shows aimed at children, playing “Ali Baba” in Sid and Marty Krofft’s Electra Woman and Dyna Girl and narrating Lancelot Link Secret Chimp.

After just a few episodes, Batman, starring Adam West, was bona fide hit. The camp comic book series featured big-name Hollywood actors as “Special Guest Villains,” with new names clamoring for the coveted roles each week. (Frank Sinatra allegedly wanted to play The Joker.) On March 10, 1966, ABC broadcast episode eighteen of the first season of Batman. The featured villain was “False Face,” a dastardly nemesis who sported a translucent face mask, just opaque enough to conceal the actor’s identity. In the opening credits, a big question mark appeared in place of the actor’s name. It wasn’t until the episode’s conclusion that the name “Malachi Throne” was revealed. Malachi appeared in the next episode (and was defeated by the Caped Crusader) but, unlike many other “villains,” the character of “False Face” was never seen on the series again. Perhaps because Malachi Throne was furious with the producers over his denial of preferred screen credit in the show’s opening.