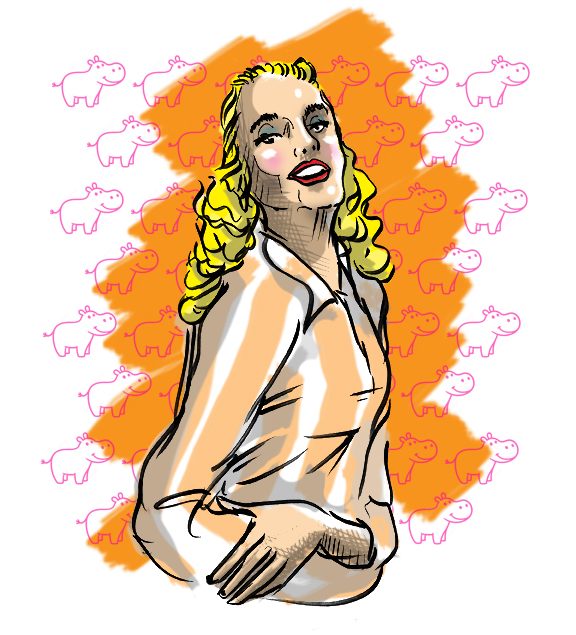 Larri Thomas started her career as a dancer and actress, nabbing a few roles in various television commercials. She was chosen by noted film producer Samuel Goldwyn to be one of his “Goldwyn Girls.” Larri was one of six young ladies who performed on a promotional tour for the big-screen version of the musical Guys and Dolls. She even had a brief, but uncredited, appearance in the movie. Later, Larri served as actress Julie Andrews’s double in The Sound of Music and in Mary Poppins, in which she performed some of the character’s flying scenes. She also appeared on The Dean Martin Show.

Larri was briefly married to actor John Bromfield, star of the syndicated crime drama Sheriff of Cochise. In the 1960s, she had a relationship with baseball manager Leo Durocher.

In the early 70s, Larri landed a role in the children’s television series New Zoo Revue. Larri played the costumed character “Henrietta Hippo” on the show.

After retiring from show business, Larri and her second husband participated in charity events. On October 20, 2013, Larri died from injuries she suffered in a fall at her California Home. She was 81.