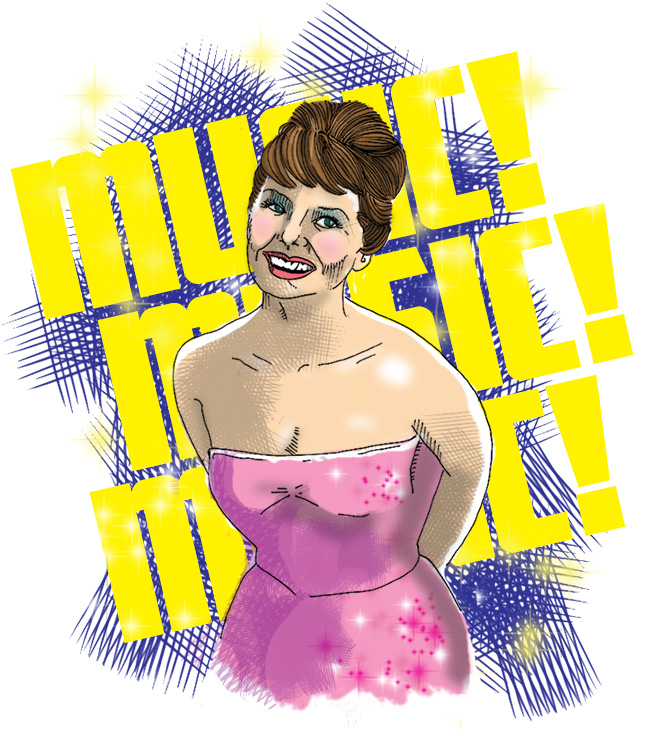 Teresa Brewer was one of the most popular and prolific singers of the 1950s. The pixie-cute redhead released over 600 songs in her career — spanning rock, pop, jazz and country music genres. She was an inspiration for a young Elvis Presley, who sang her song “Till I Waltz Again with You” at one of his first public performances.

In 1950, Teresa released “Music! Music! Music!,” which would become her signature song, earning her the nickname “Miss Music.” Although the song became a million seller, reaching the Number One position on the Billboard Pop Charts, it was banned by some radio stations because of the somewhat suggestive lyric “I’d do anything for you/Anything you’d want me to.”

Teresa had her last charting single in 1961 and her career began to decline. She reemerged as a jazz vocalist, recording several tribute albums to performers like Louis Armstrong and Bessie Smith and performing alongside legends in the field like Count Basie and Dizzy Gillespie. In 1973, she re-recorded a high-energy version of “Music! Music! Music!” to critical acclaim.

Teresa was honored with a star on the Hollywood Walk of Fame and, in 2007, she was inducted into the Hit Parade Hall of Fame. That same year, she passed away at the age of 76.

In 2009, Illustration Friday posted the word “music.” Here is my drawing from then.