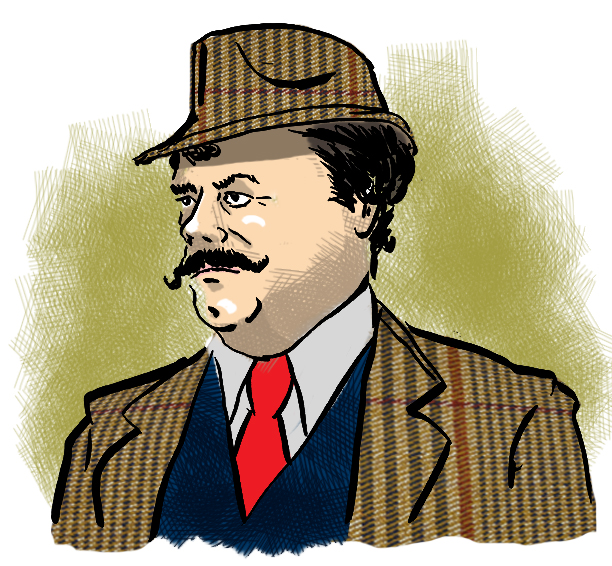 Bernard Fox was one of those “Oh! That guy!” actors, despite having a career that spanned six decades. He made his acting debut at 18 months, launching a career that touched both television and films in both drama and comedy.

He was featured in numerous films, mostly broad comedies like Herbie Goes to Monte Carlo, Yellowbeard and The Private Eyes. He played roles in two films about the sinking of the Titanic – 1958’s A Night to Remember as a crew member modeled after Frederick Fleet, Bernard uttered the iconic phrase “Iceberg! Right ahead!” Thirty-nine years later, he would star in James Cameron’s epic Titanic as “Archibald Gracie IV,” the the last survivor to leave the ship and the first adult survivor to die after rescue.

It was television that gave Bernard his best exposure and recognition. He embodied several recurring characters of popular sitcoms, including the befuddled, but well-meaning “Malcolm Meriweather” on three episodes of The Andy Griffith Show. He played the befuddled, but well-meaning “Colonel Crittendon” of the RAF on eight episodes of Hogan’s Heroes. He is best remembered as the jovial “Doctor Bombay,” the warlock physician on nearly two dozen Bewitched episodes. He actually reprised that role on the 1970s series Tabitha, an ill-fated sequel to Bewitched, as well as on the soap opera Passions. He even spoofed the role on an episode of Pee-Wee’s Playhouse.

Bernard retired from acting in 2004, after an appearance in the independent superhero send-up Surge of Power: The Stuff of Heroes. He passed away in 2016 at the age of 89.