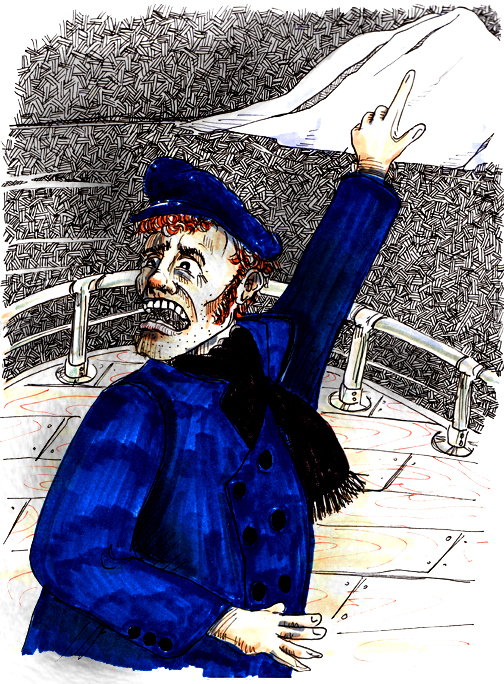 Those famous words were spoken by lookout Frederick Fleet aboard the the RMS Titanic  on April 14, 1912. Just after seven bells, Fleet saw a black mass in the ocean ahead. He immediately struck three bells and telephoned the bridge. His report received the standard “Thank you” reply. While still on the telephone, the ship started swinging to port. The starboard side of the ship scraped alongside the iceberg and ice fell on the decks.

As instructed in such emergency, Fleet began his second duty as lifeboat operator. He assisted in loading some 28 women and children and the boat was lowered to the water. In the morning, his lifeboat was picked up by the Carpathia.

In the aftermath of the Titanic  disaster, Fleet served briefly as seaman on another ocean liner. Later, Fleet sailed with various companies, finishing with the sea in 1936. He  worked as a shipbuilder, and as he grew older, he sold newspapers on a street corner in Southampton, England.

A few days after Christmas 1964, Fleet’s wife died. Filled with a lifetime of guilt from his survival and now distraught over wife’s death, Fleet hanged himself in January 1965. He was the last victim of the Titanic.