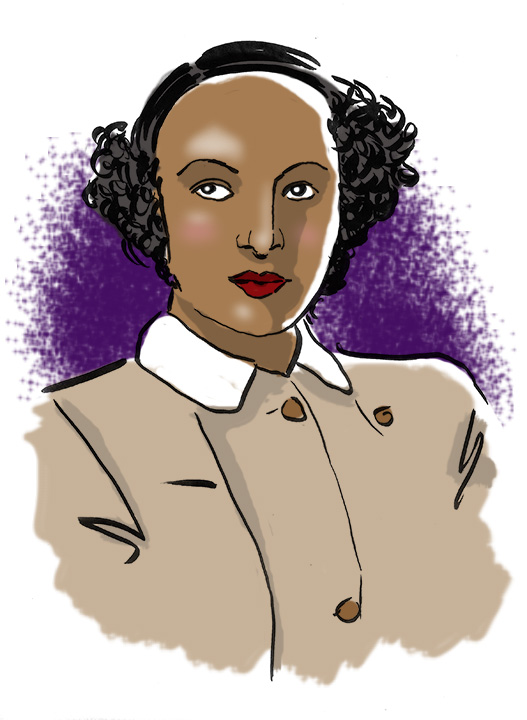 The daughter of sharecroppers, Theresa Harris was born on New Year’s Eve 1906. Her family moved to Southern California when she was 11 and she longed to become an actress.

In 1930, she made he debut in the gangster tale Thunderbolt, where she was featured in an uncredited performance singing “Daddy, Won’t You Please Come Home?” Soon. she found numerous roles in films, acting alongside big names like Fay Wray, Barbara Stanwyck, Myrna Loy, Jean Harlow, Esther Williams and Bette Davis. However, she was relegated, like most African-American actresses, to playing maids, hat-check girls, prostitutes and tribal women. These roles, all uncredited, frustrated Theresa. She was very vocal in her advocacy for better roles for African-Americans, but was offered few opportunities. She was featured in a pivotal role opposite Ginger Rogers in 1933’s Professional Sweetheart, but, once again, she was uncredited.

In the 1940s, she drew favor from director Val Lewton. Lewton was known for casting African-American actors in non-stereotypical roles. Theresa appeared in four films for Lewton, including his most famous, Cat People.

After a few television roles in the 1950s, Theresa married a doctor and retired from show business, lamenting, “My ambition was to be an actress. Hollywood had no parts for me.”