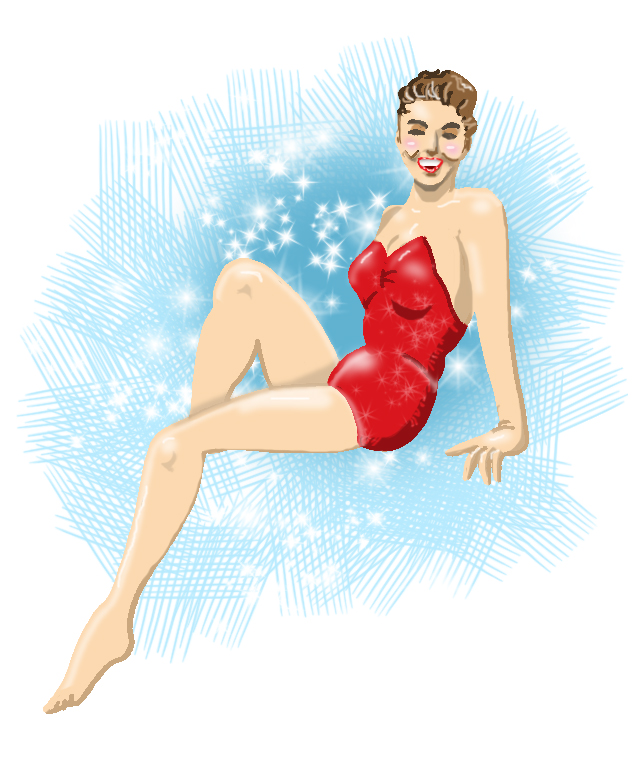 Before Frankie and Annette…

A competitive swimmer in her teens, Esther Williams set numerous records as part of the Los Angeles Athletic Club’s swim team. Due to the outbreak of World War II, Esther was unable to participate in the 1940 Summer Olympics. Instead, the anxious 19 year-old joined Billy Rose’s Aquacade, a swimming pool-based musical presentation conceived by the respected show-biz impresario. Esther stayed with the production for five month, during which she swam alongside Tarzan star Johnny Weissmuller.

Esther caught the eye of MGM talent scout who cast the swimmer in a series of small roles in films. Soon she began making a series of “aquamusicals” that proved to be very popular among movie-going audiences. From 1945 to 1949, Esther had at least one film listed among the 20 highest-grossing films of the year. She retired from acting in the 1960s, turning down the role of “Belle Rosen” in the 1972 disaster film The Poseidon Adventure.

A shrewd businesswoman, Esther invested in several successful ventures, including a line of swimwear and a chain of restaurants. She licensed her name for use on a line of swimming pools, as well as a collection of retro-styled bathing suits. In 1984, the now-retired Esther served as commentator for the synchronized swimming events at the Summer Olympics in Los Angeles.

Esther Williams died in 2013 at the age of 91. Fittingly, her cremated remains were scattered over the Pacific Ocean.

* * * * *
This post marks the sixth anniversary of the josh pincus is crying blog.