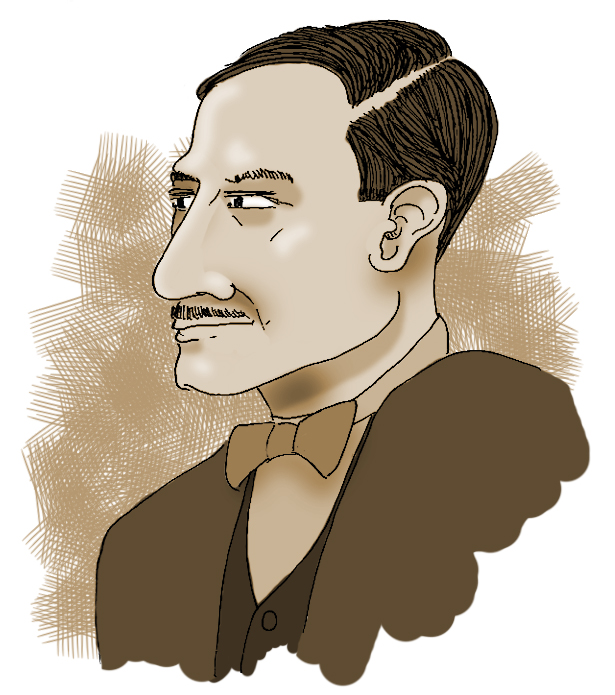 Alfred Beach and his partner bought the rights to Scientific American  magazine, and began its publication in 1845. Alfred, a patent attorney and inventor, was interested in scientific advancements. He even patented several of his own inventions, including an early typewriter for the blind. But, in 1870, he embarked on a daunting and ambitious undertaking that would only make him footnote in the history of transportation.

In order to alleviate the continuing traffic jams in New York City’s main thoroughfare  Broadway, Alfred proposed an underground railway powered by pneumatics rather than a conventional steam engines. In 1870, senator William “Boss” Tweed introduced a bill backing Alfred’s project. Prominent businessmen Alexander Turney Stewart and John Jacob Astor III objected to the idea, anticipating damage to the buildings on Broadway during the tunnel construction, despite Alfred’s suggestion of a tunnel shield (an underground reinforcement proven to give support to surface structures during construction). In reality, Turney and Astor were backing an elevated train over 9th Avenue, a safe enough distance from their Broadway business interests.

Under the guise of a permit to build a pneumatic package delivery tunnel, Alfred secretly constructed his transportation prototype in only 58 days. Alfred’s railway ran 300 feet with one station stop in the basement of Devlin’s clothing store. (He envisioned the station as a showplace with huge murals, tiled floors and fountains  but those plans would have to wait.) For three years, Alfred offered free ride demonstrations. Municipal transit authorities were impressed by the simplicity of Alfred’s vision, but saw it as nothing but a novelty. They concentrated their efforts on the expansion of the elevated railway. Dejected, Alfred went back to publishing, although technically, his was the first subway in New York City. In 1898, Alfred contracted pneumonia and passed away at the age of 69.

In 1912, Alfred’s tunnel was destroyed by workers expanding the subway system under Broadway.