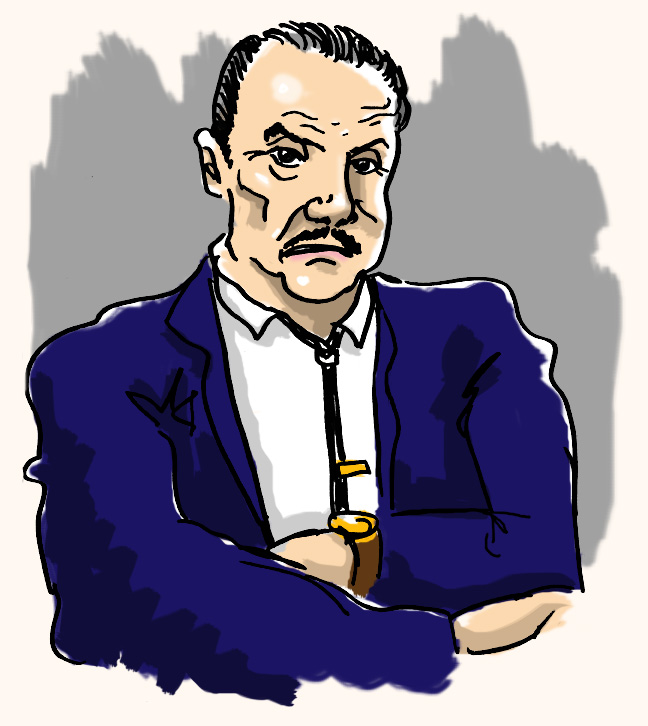 Everyone (of a certain age) remembers Gale Gordon, the eternal curmudgeon, easily excitable and forever exasperated by the likes of Dennis Mitchell and Lucy Carmichael. Gale was a master of the “slow burn” — his temper rising, his brow furrowing, until he blasted forth with “gale-force” anger.

His career spanned seven decades, starting out in radio, simultaneously appearing on several popular programs like Fibber McGee and Molly, The Great Gildersleeve and even using his distinctive voice for the title role in The Amazing Interplanetary Adventures of Flash Gordon. He also starred opposite Bea Benaderet in Granby’s Green Acres, the forerunner to the Eddie Albert/Eva Gabor sitcom Green Acres.

When his pal Lucille Ball was preparing to bring her radio show My Favorite Husband to television (as I Love Lucy), she tapped Gale to play her neighbor Fred Mertz. Unfortunately, the always in-demand Gale had already committed to a role as the pompous school principal Osgood Conklin on Our Miss Brooks and the role went to William Frawley. He did, however, oblige Lucy with a few guest shots as the owner of the Tropicana Club that employed her husband Ricky Ricardo (as played by Desi Arnaz).

After I Love Lucy ended, Lucille Ball cast Gale in her solo sitcom The Lucy Show and again in the subsequent series Here’s Lucy. He was coaxed out of retirement in the 80s to costar with Ball in her short-lived Life with Lucy. He was the only actor to have appeared in every one of Lucille Ball’s series since the 1940s.

Gale made appearances in many television comedies, plying his patented short fuse in Pete and Gladys, The Real McCoys and his best remembered turn as the replacement Mr. Wilson on Dennis the Menace after the sudden death of Joseph Kearns.

Gale retired to his ranch in southern California where he had built a house and painting studio (doing most of the construction himself). Aside from his on-screen work, he quietly made a fortune as one of the only commercial carob growers in the United States.

Gale passed away in 1991 at the age of 89, just after filming the premiere episode of the Nickelodeon Network’s sitcom homage Hi Honey, I’m Home, in which he reprised his role of bank president Theodore J. Mooney.