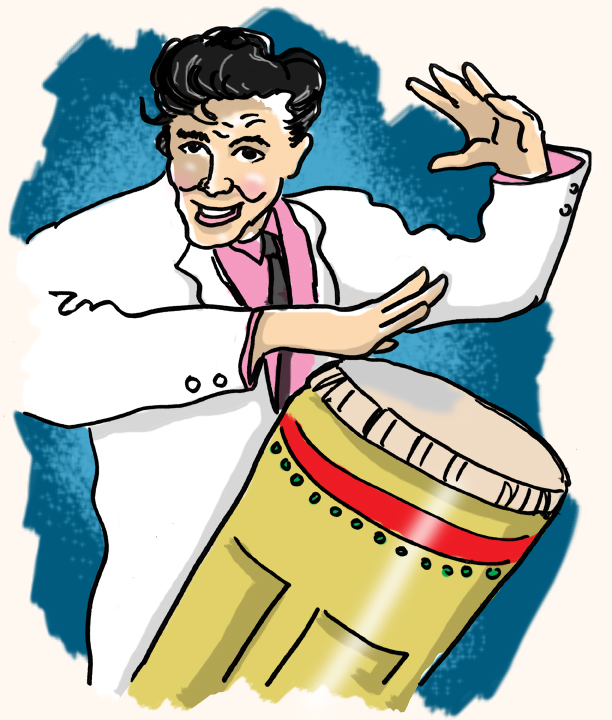 Desiderio Alberto Arnaz y de Acha III was born in Santiago, Cuba to the city’s youngest mayor. After the 1933 Cuban Revolution led by Fulgencio Batista, Desi’s grandfather, a wealthy executive with the Bacardi Rum Company, was jailed and his assets confiscated. He was released six months later and the Arnaz family fled to Miami.

In the United States, Desi tried his hand at show business, playing guitar in Xavier Cugat’s band and landing a part in the Broadway production of Too Many Girls. He went to Hollywood to make the film version of the stage musical and he met its star, Lucille Ball. In 1940, he married Lucille.

In 1951, Desi co-starred as a fictional version of himself opposite his wife in the ground-breaking sitcom I Love Lucy. The couple founded Desilu Productions, overseeing such TV shows as The Andy Griffith Show, The Dick Van Dyke Show and Star Trek.

After the pair divorced, Desi formed his own production company. He made guest appearances on television including one week as a co-host on the popular daytime talk show The Mike Douglas Show. He served as host of a 1976 episode of Saturday Night Live, where he spoofed I Love Lucy in one sketch and sang his signature song “Babalu.”

Desi retired from show business in 1982. He owned a horse farm in southern California and raced thoroughbreds. He taught a few acting classes at San Diego State University. In 1986, the 69-year-old Desi was diagnosed with lung cancer and passed away before the year was out.

How he kept himself from killing Lucille Ball, I’ll never understand.