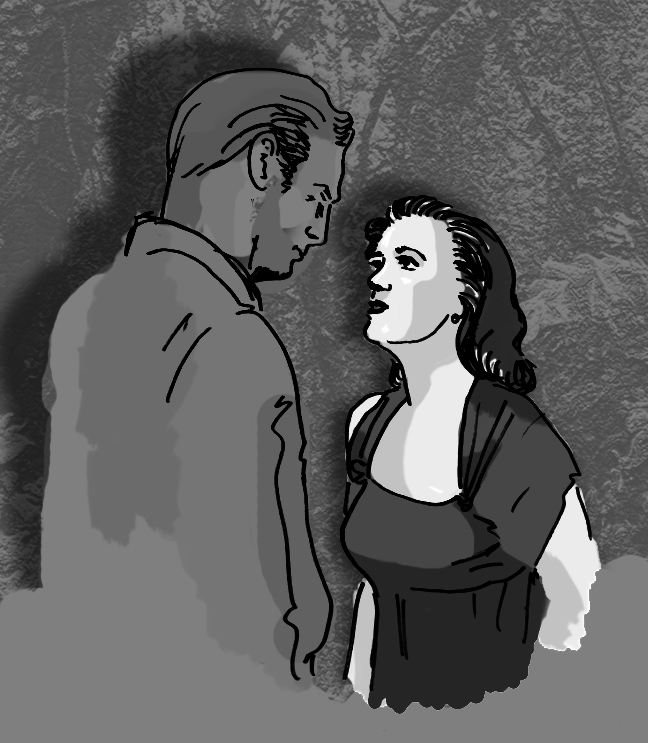 One of my favorite movies is Singin’ in the Rain. I have seen it countless times and I could watch it again and again without a second thought. Although it is primarily remembered as a showcase for the considerable dancing talents of Gene Kelly and Donald O’Connor, the film was recognized by the Academy of Motion Picture Arts and Sciences in only one acting category. Jean Hagen was nominated for Best Supporting Actress for her hilarious portrayal of the ditsy and talentless Lina Lamont, Monumental Pictures’ vain silent movie star at the dawn of the talkies. Jean, in a blond wig, spews her clueless streetwise Brooklyn-ese in a put-on squeaky voice with intentionally comical results. Aside from the stellar dancing and lavish musical productions, Jean nearly steals the show. She was honored with her one and only Oscar nomination, but lost the award to Gloria Grahame for her role as Dick Powell’s two-timing wife in The Bad and The Beautiful.

Two years before her memorable supporting role in Singin’ in the Rain, Jean starred in John Huston’s gritty crime drama The Asphalt Jungle. In hindsight, this film truly shows Jean’s versatility and underrated acting ability. In the film, Jean plays Doll Conovan, the dim but loyal girlfriend of hired muscle Dix Handley, played by Sterling Hayden. Jean’s performance is restrained, but filled with vulnerability and passion, as she shows support for her lunkheaded boyfriend, despite his involvement in a jewel heist that was doomed from the start. Jean is able to evoke desperation and sympathy for a woman who is dazzled by diamonds and blinded by love – but too dumb to know any better. The entire movie is dark, realistic and hard-hitting. All of the performances are great, but Jean’s is particularly stunning.

After Singin’ in the Rain, Jean co-starred in three seasons of the sitcom Make Room for Daddy as the wife of star Danny Thomas. Though their on-screen relationship exihibited otherwise, Jean grew bored with the role and experienced frequent on-set clashes with Thomas. She announced her plans to leave the series and Thomas became furious. He immediately instructed the show’s writers to kill her character, thus making it impossible for her to return. Jean’s “Margaret Williams” became the first TV sitcom character to be “killed off.”

In the 60s, declining health and a horribly abusive marriage took a toll on Jean’s career. She accepted smaller roles in films and episodic television. Her last role,  in the made-for-television drama Alexander: The Other Side of Dawn (a sequel to the Eve Plumb TV movie Dawn: Portrait of a Teenage Runaway), was broadcast in May 1977. Jean passed away from esophageal cancer three months later at the age of 54.